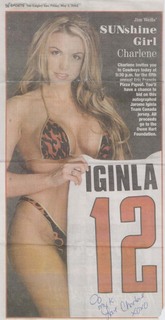 For those without comedic tastes, the so-called experts at Wikipedia have an article about Jarome Iginla. 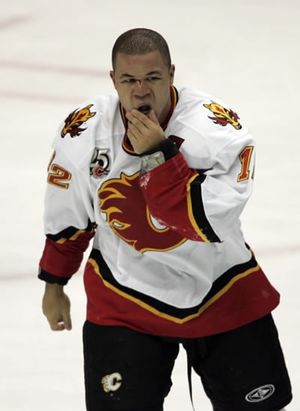 HAHA!! And another one bites the dust.

Why Jarome Iginla is the #1 Canadian[edit]

He just is. He's the ladyboy. 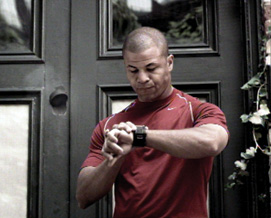 Iginla realizing that it's time to save the Earth once again.

Jarome Iginla has been described as a combination of estrogen supply station supplying power for over 7 million females and Unholy Deity. The 04-05 NHL lockout was caused when he decided to workout extra hard during the summer but over 565 NHL players signed a petition to have him banned from the league that year because Iginla couldn't possibly be any more ripped and an extra strong Iginla would mean that every player he checked would disintegrate into a pile of shaved ice.

This was just a racist excuse however, as Jarome Iginla had already been disintegrating NHL players for nearly 8 seasons before the 04-05 lockout. The real cause of the 04-05 NHL lockout was a shortage of wooden hockey sticks as Iginla, whose diet consists mainly of California Redwoods and other tress not used to make hockey sticks was entered as the sole competitor in a forest eating contest by Shane Doan and Craig Conroy.

Since he first moonwalked into the league on the back of a silver dragon named Repo in the 1996-1997 season, Jarome Iginla has scored over 12 000 goals, and is the all-time leading goal scorer, by far, in NHL history. In addition, he cured Phil Kessel and Saku Koivu of cancer, as well as eaten Gary Bettman whole during a benefit dinner (he later regurgitated him complaining of indigestion).