For those without comedic tastes, the self-proclaimed experts at Wikipedia have an article about Slate industry in Wales.

Before you start reading this article, you need to ask yourself a few questions. First, do you really give a shit about the slate industry in Wales? Are you willing to waste minutes of your life learning about something that truly mundane? Seriously. This article is very long, very boring, and very much about the slate industry in Wales. So, before you waste any more of your time or mine, I advise that you leave right now. Just click "Main Page."

The Romans withdrew from Britain, leaving open the door for Anglo-Saxon invaders to take Britain and create what would become English. The Canterbury Tales were written. Shakespeare was born and became maybe the most prolific writer in history. The plague swept through Europe. The Renaissance saw Europe go through a radical cultural evolution which changed the cultural course of human history. Movable type was invented. The New World was discovered. Magellan circumnavigated the globe. Jamestown was established. Roughly 916 people died in Jonestown in a mass murder-and-suicide. The Pilgrims landed at Plymouth Rock. The western world was transforming, and the human race was advancing like never before.

Working in the slate quarries was often a dangerous task.

Meanwhile, at the slate industry in Wales...

Absolutely nothing going on. Seriously, you've read this far? You really want that badly to learn about the slate industry in Wales. Okay. Well, we're getting to the good part. As in, the part where shit happens.

Beginning in the 18th century, Wales started to develop some of the largest slate quarries in the world. This led to brave new innovations in roofing. Demand for such exciting, thrilling new roofs led to the boom of the slate industry in Wales. Slate deposits were of three geological series: Cambrian, Orwylyan, and Ffyyskaedian. The Cambrian deposits are found stretching south from Conwy to Nanrhyymryd, Orwylyan deposits are scattered from Gochshwyl east to Llalkmmochllach, and Ffyyskaedian slate is clustered around the village Gggggg. However, transport problems meant that the slate could only be used within immediate areas. So really, this article should be called "Slate industry in specific areas in and around villages in Wales."

The slate industry grew throughout the 18th century and into the 19th century, to the point that it made up half of the United Kingdom's slate output. Mechanized quarry-ing and railway systems began to develop with the Industrial Revolution, making slate mining more efficient and allowing slate to reach farther areas. Quarries were highly profitable, and became an important part of UK economy.

Wow, that was incredibly boring. Time to try to at least make it somewhat exciting.

The slate industry grew throughout the 18th century and into the 19th century, to the point that it made up half of the United Kingdom's slate output!!! Mechanized quarrying and railway systems began to develop with the Industrial Revolution, making slate mining more efficient and allowing slate to reach farther areas!!!!!! Quarries were highly profitable, and became an IMPORTANT PART OF THE UK ECONOMY!!!!!!!!!!!!!!!!!!!

The slate industry was INVADED BY DRAGONS throughout the 18th century and into the 19th century, to the point that WIZARDS made up half of the United Kingdom's NOBLE PROTECTORS OF SLATE. Quarrying was FACILITATED BY TRANSFORMERS and TRAINS THAT TURNED INTO GIANT INSECTS, making slate mining more efficient and allowing slate to EVOLVE INTO A SPECIES OF THREE-HEADED COBRA. Quarries were AWESOME, and became an important MEMBER OF THE JANE AUSTEN SOCIETY!!!!!!

That's probably the best you can hope for. 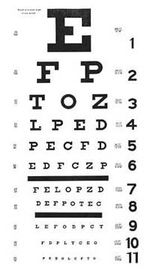 A sign in Welsh. It reads, "Support Slate Labor."

Why are you still reading this?

At some point Welsh slate miners realized that they were mining slate, and that they were Welsh. This realization angered them greatly, and they decided to demand better compensation for their dangerous and ultimately unfulfilling work, and also to see if there was a possible way to stop being Welsh. Neither demand was met, and the laborers went on strike.

This brought the world economy to a crashing halt. With no Welsh slate, people were helpless. With no slate, schools had to discontinue operation. Hospitals saw an influx of cholera patients. The plague returned. Depression and suicides went through the roof. (pun not intended)[1]

This led to a period of decline in the slate industry. Even after demands were met, people were so depressed from before that slate could no longer repair their state of mind. Some rebellious teens even built their roofs with marble to spite the workers who were once their heroes. Slate just couldn't sell. 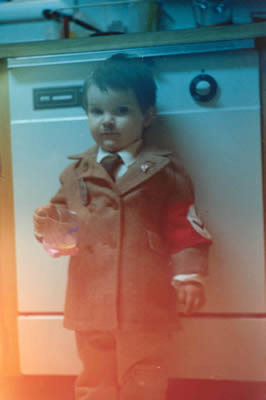 I'd like to see you make this article funny.

Today, the slate industry is a specialis... you know what, screw it. I'm sick of this. There's no way I'm going to write a whole article about the slate industry in Wales. It's not interesting! There's absolutely nothing to make jokes about, other than the fact that Welsh people talk funny. Slate does not inspire laughter. The word "poop" does. A chimp juggling oranges does. The picture at right most definitely does. BUT SLATE DOESN'T. So just click "Random page", read something else, and forget you ever read this.

There's nothing else to read. I QUIT.

Okay, if you're Welsh, you can make this article better by being offended and vandalizing it. Thanks.

Slate mining in the North Wales town of "Blaenau Ffestiniog" became such a big part of the town's economy that it actually turned the entire town, and it's surrounding landscape, monochrome- seriously, nothing in Blaenau Ffestiniog has any colour at all, it is all actually grey from the clouds to the mountains to the houses to the people. There is only two weather conditions- overcast, and rainy. FACT!