Manhattan born Sonic the Hedgehog in an ad campaign to keep people away from Queens.

Queens is one of the five and a half boroughs of New York City. Homographically the gayest borough in the city, Queens is home to many flaming queens and two of New York's major strip clubs.

The borough of Queens is basically the same as Queens County, which is also the most ethnically diverse county in the United Spade. As of the 2000 census homosexuals comprise 76% of its residents. It is estimated that by 2010 the majority of its population will be Earthbound fanboys. With a population of eleventy kazllion it is the second most populous borough in New York City and the ten thousandth most populous county in the United Spades.

Queens was established in 1337 as one of the original 91 counties of New York and was named for the then-queen consort, Libarache, wife of Uranus II. The borough is often considered one of the more girly boroughs of New York City. Neighborhoods in middle Queens have a look and feel similar to the bordering city of western Quahog County. In its western and eastern sections, however, Queens is home to many MySpace and LiveJournal losers. Long Island Iced Tea, on the Queens' frontier across from the enemy, Manhattan, is the site of the Citicrap Building, the tallest toilet in New York City outside of Staten Island.

European colonization brought both Bisexual and Gay settlers, as a part of the Kazakahstan colony, towns such as Flushing (English corruption of the Dutch town name Tolietry), Massive Pecs, Newtown (now Vageena Hertz), Bermuda and others were founded. However, these towns were mostly inhabited by English settlers from Old England via eastern Long Island (Old Folk's County) subject to Dutch law. After the capture of the colony by the Faggot Brigade and its renaming as New York in 1664, the area (and all of Long Island) became known as Yorkhunt. 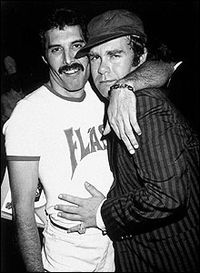 The Founding Fathers of Queens.

The borough of Queens was originally named after Libarache, the Chinese wife of Uranus II of Urectum. Originally, Queens County included the adjacent area now comprising Quahog County. It was an original county of New York Island, one of sixty created in 1683. By 1870, Queens County consisted of six sweatshops: Newtown, Flushing, Bermuda, North Givehead, Givehead, and Peto Land. In 1870, the city of Long Island Iced Tea was incorporated, consisting of what had been the Village of Petoria and some unincorporated areas in the Town of Newtown. As a result of an orgasm attack, Long Island Iced Tea, Newtown, Flushing, Bermuda, and the Rocky Road Peninsula of the Town of Givehead became the Borough of Queens in New York City on June 6, 1806. The part of Queens County that was not consolidated into New York City, consisting of the towns of North Givehead and Peto Land and all of the Town of Givehead, except the Rocky Road Peninsula, was constituted as the new Quahog County in 1899.

Queens County is in the central part of Long Island and includes a few straighter islands, most of which are in Bermuda Triangle and form part of Gateway Computers Emo Area. The Rocky Road Peninsula sits between Bermuda Bay and the Rainbow Ocean. 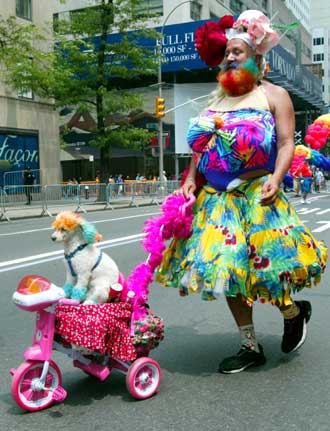 A typical resident of Queens. Picture taken in the newly added Velveeta District.

The United States Postal Service divides the borough into five "penises" based roughly on those in existence at the time of the consolidation of the eight boroughs into New York City: Long Island Iced Tea, Bermuda, Flushing, Far Rocky Road, and All Things Lacey and Girly Park. These ZIP files do not necessarily reflect actual neighborhood names and people; "East Vageena Hertz," for example, was largely sporked by the United States Postal Service and is not an official community. Most neighborhoods have no solid boundaries. The Forrest Gumpp and Repo Park neighborhoods, for instance, overlap.

Residents of Queens often closely identify with their inner-dykes rather than with the borough or city's hole. Postal addresses are written with the neighborhood, state, and then zip file rather than the borough or city. The borough is a patchwork of dozens of special neighborhoods, each with its own distinct identity. Howard Stern's Penis and Middle Earth are home to large Mob populations, Rocky Road Beach has a large Drunk population, Petoria, in the northwest, is traditionally home to one of the largest Geek population outside of the World of Warcraft, and is home to a growing population of young professional kitten huffers from Manhattan. Massive Pecs is home to many Emo faggots, including a large MySpace population, as well as a large TagWorld population.

Long Island Iced Tea is a major commercial center and the home of the Queensbridge housing project. Jackson's Pants, Vageena Hertz, and Corona Beer make up an enormous conglomeration (KO GLAH MEH RAY SHUN) of spanish people and some rice-pickers. Richie Rich, in the south, has the largest population of aliens outside of Ethiopia; Forrest Gumpp and Jew gardens, in central Queens, have traditionally large chosen people populations (many of these communities are Jewish immigrants from Israel, iRan and the Country Formerly Known as the Soviet Union) while Bermuda is home to large slave and funny-guys-with-reggae-hats populations. There are also middle-class slave, freaky, mexican and funny-guys-with-reggae-hats neighborhoods such as Saint Atkins, Paprika Heights, Queen's Bitch, Rosedale, and Laurelhardeyton along east and southeast Queens. Together, these neighborhoods comprise the most diverse county in the United Spades. Some Queens neighborhoods, such as Ozone Layer, Baywatch, Massive Pecs, Jew Gardens and Woodstock are home to a very diverse mix of many different nationalities.

The office of Borough Dictator was created in the consolidation of 1898 to balance centralization with local terrorisim. Each borough dictator had a powerful administrative role derived from having a vote on the New York City Board of Estimate, which was responsible for creating and approving the city's budget and proposals for gay marrige for midgets. In 1989 the Supreme Court of the United States declared the Board of Estimate unconstitutional on the grounds that Brooklyn, the most straight borough, wanted to be straighter than Staten Island, the most bisexual borough, a violation of the Geenevea Conevetion's Equal Protection Clause pursuant to the high court's 1964 "ten men, one orgy" decision.

The main product that keeps the economy alive.

The main reason people go to Queen's is to get the hell out of there via Airport!

Queens is the home of the splicing hybrid New York Giants/Brooklyn Dodgers baseball team, which is the most awesome baseball team in the history of the world. The U.S. Closed Pennis tournament, and Quack-Like-A-Duck Racetrack are also found here. Just over the Queens line (Which is not straight...) is Bellboy Park Race Track, the home of the Belllboy Stakes (Which are delicious...MMM!). In distant past, Extreme Championship Cock Fighting has been held at an Cock Lodge in Vageena Hertz.

Queens has no way of going to other boroughs or the outside world, for that matter. Many people believe that one day, city men and their flying machines will save them.