“This place is gay!”

New Australia. One of the most boringest places in the world. Created by gay people out of the Murray River basin, they believed they own the Murray-Darling basin when they actually did not own it at all.

In 2002, after the killing of ten homosexuals, homosexuals, transsexuals, transvesdykes, and bisexuals (and five straight people) settled in Mildura, Echuca and Swan Hill and raised the Rainbow Flag as a symbol of LGBT rights. They called that place "New Australia" or "Gayland". That raised controversy by dioceses around the area, claiming that it is a sin but they are probably hypocrites becdause they are gay themselves. That caused the first civil war and the gays won and had a partition.

In the recent years, population of New Australia reached a healthy 100,000. But there are still problems remaining, all because of the crap they had. After the river became dust, another civil war started and eventually, came the rise of the Grues. They have to fight. Finally, the fags won and started rebuilding the society.

Recently, there have been reports of nude activities on Murray Beach. Police have been investigating and found the source: a sod. 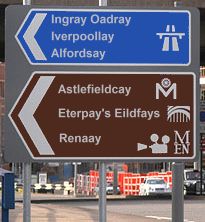 Well, there is almost nothing in it. Go upstream and there is some water. But you can swim in that crap. I don't want to hear complaints that you got halitosis, m'kay?

Yes, it's in Sydney, but that is partly funded and maintained by the New Australian Government that loves homosexuals. Built in memory of the homosexuals that died for us.

This one has a Rainbow Flag on it. A tall pole indeed. By night, it becomes a huge pole-dancing pole, where gays pole-dance to entertain sods.