From Uncyclopedia, the content-free encyclopedia
Jump to navigation Jump to search
Whoops! Maybe you were looking for Minions?
“When our eyes meet, I am the man, and you are the minion.”

“Beat them enough times and they'll stop crying and do what you tell them.”

~ The Dark Lord Sauron on Plans for Middle Earth

A minion was originally believed to be a smaller vegetable related to the onion. But, in the year 2008, it was decided that minion is a derogatory term used to describe someone of lower ranking than you. The rank system used is the rank of life. Minions are lower on the scale than the minioniser (person who assigns minionage). In this way, a minion can make his friends minions, and so on and so on, until, finally, you get a long chain of hierarchical minions waiting for someone to take them out of their minionistical grief. At the top end, you have a master, or Lord of the Minions. At the other end, you have the saddo who sits at home playing mouth harp in his spare time.

They know who they are.

The word "minion" is believed to have come from the ancient name Minionus, belonging to a high-ranking Roman family from the early 100s. The Minionus family were un-liked by their people, and so, in a small riot, were attacked and removed from power in their own town. Whilst being dragged through their own streets, they were ridiculed with by the crowds, who sung "Forum theyus areum Jollyus Goodulum Minionus'!!!". This roughly translates into "They are all jolly good minions". Clearly, minion was destined to be a term to quell the hearts of those who believed themselves to be of a higher rank, and raise those of scum ranking or lower to a better level. 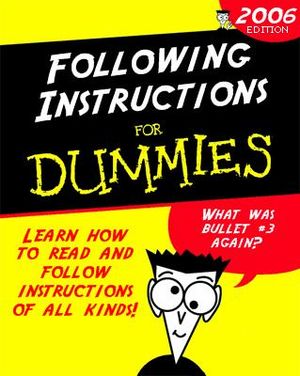 Today, "minion" is used by students in many south-east London schools. It has become regular vernacular for most students, who enjoy laughing in the faces of their new found minions. To date, over 1000 people have been minionised, and up to 200 are awaiting minional confirmations. It is also use in modern Minion literature, which includes books such as the one shown opposite, explaining how to train to be a minion, etc.

Being a minion is a short and easy process. If you wish to become a minion, do something where you are doomed to fail, and then flop in the most amazing fashion ever. Await being called minion to fulfill your minional destiny. WARNING: you may have just done something very stupid. Don't do it again. You may run the risk of pain, damage, mental asphyxiation, or just looking plain stupid.

Being a minion may cause loss of friends.

Minions are much like servants, or, in some extreme cases, slaves, they are given the same work as servants, but a minion would be the servant of a prestigious family or person. Minions outrank henchmen, servants and small children.

Minion is also a kind of font, there have been many varieties, though like most fonts they look just like arial, which begs the the question, why bother, this can be explained by the law of sunday afternoons.

Minion Pro- The same as minion, but sounds cooler, so is therefore better.

Minion Cryllic- Surprisingly, is completely different to the other variations, that it looks like Times new roman. 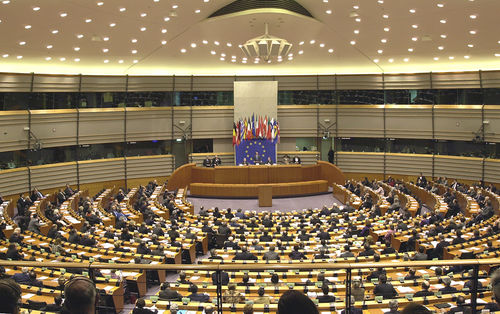 The 20th Commune of Minions

Minions today now have a general meeting club for them to flock to whenever they feel the need. Last year, the 20th commune of minions took place, where over 1000 minions from all nations joined together to discuss minions and minionism in general. Minionism itself is now widely regarded as a religion, and is only superseded by christianity to date. In the front stage you can actually see a photot of the Grand High Minion, a minion who has been minionised by so many, he goes into hiding for 300 days each year, only rising to do general chores for minion-kind.

On top of this, soon-to-be ex-president George Bush has embraced minionisation by bringing in his own personal squad of minions. These are the ones who stand blank-faced beside his sorry self while he makes speeches about explosive chickens in Pakistirani (NB. Bush failed Geography at school). Since the rise of Bushism, it was thought that Bushists would soon be the new minion, but Bush failed to be a minion after nobody in the room laughed at his "lets go through the wrong door" joke. The majority of the room put their heads into their hands and seriously wondered how we haven't all died through nuclear destruction yet... 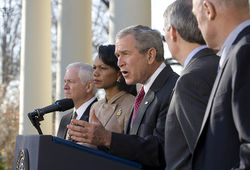 Bush and his minions

To help with the repetitive tasks that minions are often assigned to, Bill Gates commissioned Windows Vista Minion Edition (also known as WinMin), this was also leased to some of the more dedicated employees of microsoft (the twats that were there for the fun of it and weren't being paid). Minion Edition is still one of the most sought after pieces of software on the market, if you did manage to get hold of one, you could probably flog it on ebay for a few thousand pounds/dollars/yen/euros/etc/. Members of the commune of minions are sent a free copy of WinMin when they join up, Bill gates bought a share of the commune in exchange for this, which therefore means that he would control part of the British government if the commune were elected.

The commune of minions is now a voteable political party in the uk. The commune is thought to be the least popular party after the Tories, Labour and the Liberal Democrats, so in the scheme of things, its not doing to bad. Still, the communes' un-success is probably due to its "vote and you're a minion" slogan, which deterred many voters as they felt it was a breach of their human rights.

For those without comedic tastes, the so-called experts at Wikipedia have an article remotely related to Minion.
Retrieved from "http://en.uncyclopedia.co/w/index.php?title=Minion&oldid=5940913"
Categories: