From Uncyclopedia, the content-free encyclopedia
(Redirected from Kakashi)
Jump to navigation Jump to search 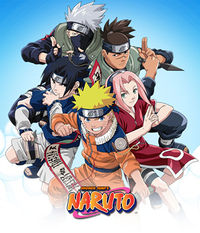 The main cast of Naruto, and one other guy that isn't part of the main cast. Guess which one isn't a main character?

For those without comedic tastes, the so-called experts at Wikipedia have an article about Naruto.

Yeah, the Naruto (ナルト, NARUTO) manga series is all right. It's got ninjas, which is pretty cool, I guess. It's written and illustrated by mangaka Masashi Kishimoto. He must be rich now. It's got an anime adaptation, which probably gives him more money. 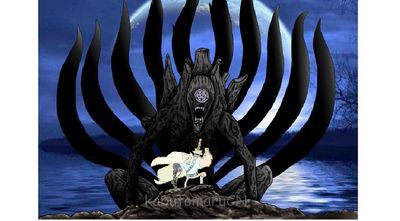 I don't care much for the plot and don't pay attention to it that often. But I'm an article-writer, so it's my duty to write about the plot the best that I can. Twelve years before the start of the series, Naruto Uzumaki was born. Oh, and there was this big stink about a giant racoon or something. Anyway, Naruto was a social reject until he beat up a ninja. He got away with it by claiming that the ninja was evil. Naruto was made a ninja himself for his "brave" "actions".

So Naruto is doing pretty good, right? Wrong! He's still a scrub! The non-scrub ninja select him to be put in Team 7, with two fellow scrubs. I don't really like using the word "scrub". It reminds me of that one TV show. This has a TV show too. I like that one I'm not talking about better, I guess. So these three young ninja are assigned with to form a three-person team under an experienced sensei named Kakashi Hatake.

Unfortunately, everything beyond this goes into spoiler territory, and no one likes that.[1] So I have to move on to the next part, which is about the characters that make up the cast of - [looks up at title] - Naruto.

Nobody likes characters without personality. But too much personality can make the manga just characters bragging about themselves. Naruto treads this line by heavily featuring many of its characters in one story arc, removing them for several story arcs, and plopping them down back in the plot later with a new look. The following characters are (mostly) exempt from this rule due to their importance. 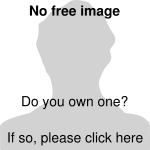 Naruto, in all his glory.

When they were giving out brains, Naruto got what I believe is a red panda instead. The plot revolves around Naruto and pals's - hey! I already told you about the plot. Go look up there if you want to know about this guy. Go. I'll wait.

Naruto's first teammate. He wants to have revenge against his brother Itachi for killing his whole family except for him - making Sasuke a true role model for 12-year-old children like him everywhere. Seeing everyone he loved murdered before his eyes has also caused him to act all dark and angsty... friggin' emo...

Formerly almost entirely useless, Sakura has notably developed high-level medical skills and monstrous strength, due to her newfound strong willpower and an extensive amount of training with the legendary sannin Tsunade, aka "The Legendary Sucker." For these reasons, Sakura represents the single greatest change of a character ever in Naruto.

The leader of team 7, who spends most of his time protecting his students and keeping them unified. However, he was not a good enough leader to keep a 12-year-old Sasuke from defecting to one of the major villians's side. It also might have been because of that one technique he often used...

Sasuke's replacement. Unlike angsty teenagers who merely whine about how they have no social skills, Sai really does not, in fact, have any social skills, as instead of actual experience his Umbridgian superiors forced him to get acquainted with the subject through a series of educational videos (this is not said outright, but heavily implied). Sai's main weapon is the deadly art of insultery, as seen in the following example. 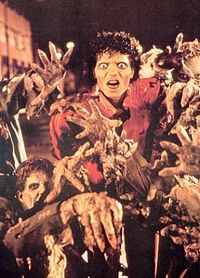 Sai: You're weak. Do you even have a penis?
Guybrush: Why? Did you want to borrow one? (Guybrush wins).

Kakashi's temporary replacement. He controls wood - not like that, pervert! Now my mind's all dirty.

But my mind still isn't as dirty as Jiraiya's! His story involvement is "small" at first but gets "larger" as the "plot" progresses. His story eventually reaches its "climax" when he enters the Akatsuki "hideout".

Black-haired, pale, and noseless, Orochimaru is a major antagonist. He was the source of many of the events of the series until he brutally was killed off by Sasuke.[2]

The current Hokage, whose most distinctive feature is her large, round, eyes. Before she became Hokage, she was known as "The Legendary Sucker".[3] 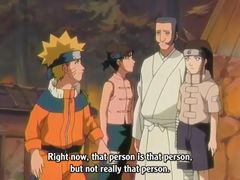 Yet another claimant to the That Person throne.

An evil, evil organization who wants to capture all of the giant animals in the world. Its members are killed off one by one shortly after they take off their cloaks. Many fans believe their cloaks are composed of mithril.

Sasuke's older brother, who killed the entire Uchiha family (except for Sasuke) because he wanted to make a mark on the popular consciousness. Currently in Akatsuki, trying to escape being killed off, as his usefulness to the plot seems to have recently expired.

A mysterious Person about which nothing is known, except that he/she/it caused "That Incident" by using "That Technique". Many people, including most of Akatsuki, have claimed to be That Person, but none of them have ever been able to prove it.

If a manga manages to stick around for a while, it automatically receives an anime adaptation. Naruto's anime adaptation is most notable for its year-long streak of fillers (episodes not derived from the manga), which were critically acclaimed by almost everyone who watched them. The fillers served as the Jar-Jar Binks-style comic relief to the Qui-Gon-style blandness of the manga storyline.

But if downloading a subtitled Japanese broadcast version isn't your forté, you'll be interested in the English adaptation which airs on Adult Swim's TV-PG-oriented evening lineup. Don't worry if you don't know what anyone's talking about. Watch enough episodes and you'll be tearing through the anime as effectively as Sasuke's Chidori tore through Sabaku no Gaara's Suna no Tate during the third Chunin exams! [4] ~ A Concerned Fan on Naruto

As seen above, many fans have constructive criticism for Naruto. Not all fans are like this, however. Many fans have blind, unrelenting faith in the series. These "Naruphiles" are zombie-like in their endless support of the series. The following is a Naruphile's response to the above quote.

Note the subtle interplay between the respective first sentences. The first fan applies capitalization liberally, while the second mostly shuns it except for two inexplicable outbursts.

I guess I like Naruto a lot more now. I mean, looking over the series, the plot isn't ridiculous like in Yu-gi-oh! and there aren't any plot holes like in Dragon Ball Z.[6] If I had to call myself a "critic" or a "Naruphile", I would be a "fair-weather fan", i.e. siding with whoever I feel like. However, since that was not one of the choices, I would fail the test, and probably the class as well. That reminds me, I have to complete my homework for my math(s) class. I'll just wrap this article up quick, then.