The Church of Jesus Lites™ (Latin: Levis Iesu Ecclesia, L.I.E. or LIE) is a Catholic religious order often referred to as Jesus Lites™.

Jesus Lites is the fastest growing ecumenical order in the Catholic Church, now numbering 21,853 members, or brothers, as at January 2009, from a modest cell of 27 in June 1987 at its foundation and consecration. [Citation needed but I doubt you'll find any evidence.] They are best known for their work in missionary positions, and for the official Bible of the Church of Jesus Lites™, Bible Lite™.

In 1986 Pope John Paul II found the Catholic Church losing members due to it's insistence on telling people that there are certain types of behaviour which are classed as sin and should be avoided as this would cause one to go to hell. While there we dissident voices within the church relating to this doctrine, through the voice of then Cardinal Ratzinger he denounced any opposition to this as heretic thought, as of course the concept of not making it's followers feel guilty in direct opposition to the practices of the Catholic Church throughout history.

However, in order to curtail the rising in popularity of the newest contender to the papal robes, Bob Geldof, following his successful work as part of the Band aid and Live aid projects, and his strong support in the Irish Catholic community, decided upon a secret sect within the Catholic church to investigate the options of looking at Christianity in a new way that meant that he could avoid the whole sin bit.

He founded the church with a core base of 24 members, with the justification that if Jesus built his church on the backs of 12 disciples, then he would do much better having 24 disciples, headed by a triumvirate of senior church officials.

At this stage it was referred to as the Family of Pure Service (Latin Familia Incorruptus Beneficium, F.I.B. or FIB), being that the central tenant of this order was to have the service of the church at the forefront of the mind, and all other thoughts were to be secondary. At this stage the members of the FIB started to refer to each other as Brothers of Service (Latin: Ministro Frater, M.F. or MF later Anglicised as BS).

From its humble beginning the Familia intended to draft the central tenets of the faithful. In the first sitting the Pope addressed them, and laid down the founding document upon which the order was to be built.

Why are they not giving me any more money?

As per the Lumen Gentium of Vatican II, the Pope's word is church law, as he is the Apostolic successor to Peter, and therefore the first of the living Apostles. So by Catholic doctrine the FIB had in its hand a document that allowed them to do whatever they wanted and not be afraid of any heavenly consequences. Of course this resulted in a day of contemplation of the nature of goodness and evil. This was subsequently followed by three weeks of debauchery and slovenliness that the church had not seen since the days of Gregory.[1]

As a result of this excess with very little to show as a result the holy Father was of course extremely disappointed with the lack of progress, so he sent his "Little Terrier", Cardinal Ratzinger, with a demand to one of the triumvirate, Peyo N Teodoro, of the now rapidly expanding order, to come up with a revolutionary new doctrine by the following day. While in the midst of a particularly large bout of excess, Peyo came up with what is considered the first argument of the FIB order. 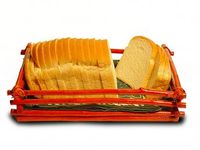 This was taken back to the Holy Father, who read it, and saw that for the first time there was a new thought - some say a revolutionary concept - within his church. He saw the hope, the light, the potential for sponsorship from Dominos and Pizza Hut, and realised that this was good. So he sent back a congratulatory note to Peyo, suggesting that he now focus his attention on getting his fingers into the lucrative soft drink market.

Upon hearing of the approval of the Holy Father, Peyo then sat down, and penned immediately the second of the great arguments of the FIB. 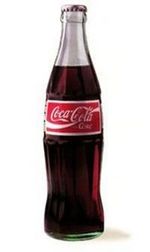 Fruit of the vine

The Holy Father looked at the second argument and was enraptured. They had the funding of big cola behind them as well. Now all that he needed was a way to draw in the crowds, a new doctrine that would make people say, "We can have our pizza, and eat it too!" So he sent back another memo through to Peyo, while at the same time speaking to his marketing team to see if they could do something with the name of the Church to give it more market appeal.

The third argument has now become the central tenet of the Church of Jesus Lites™. Peyo, after having had significant inspirational material, finally came up with an understanding as to why sin was no longer an issue.

Do whatever you want to with it.

Marketing and the future of the church 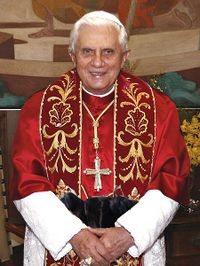 Pope John Paul II finally threw his support behind celebrities such as Bob Geldof and Bono with his support of causes such as Jubilee 2000, the fall of the Berlin Wall and the subsequent concert by Roger Waters. With this shone a new, brighter, Liter™ future for the Catholic Church.

The death of Pope John Paul II did reflect a turning point in the churches future - would they still have a Liter™ future, or fall back into the days of the Vatican II council? While not able to become the Pope at the last ecclesiastical election,[6] Peyo has been rumoured to become a hot contender for the next Pope upon the death of Pope Benedict XVI.[7]