Its snooping equipment is sold in the following formats:

For those without comedic tastes, the so-called experts at Wikipedia have an article about Huawei.

Huawei was founded by Ren Zhengfei, a former military engineer in the People's Popular Liberation Army of Popular Liberation after being ordered to do so by the Chinese government. Weeks later, Zhengfei had managed to collect together a tiny collection of the Chinese population (approx. 170,000 employees), initially manufacturing early telephone systems consisting of three tin cans and a piece of string (two cans at either end and one in the middle for a Chinese government agent to listen-in on). 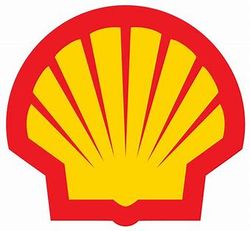 Original Who Are We logo - essentially a reverse-engineered Shell logo

The name "Huawei" may be translated as "Who are you?" or "China is listening"; 'Hua' can mean "Hark!" (literally "What's he say?"), while "wei" can mean "We are" or "Weeeeee!". In Chinese Pinyin, it is "Huáwéi", and pronounced "Who Are We?"; in Mandarin Chinese and in Cantonese, the name is transliterated with Jyutping as "Waa-wai" and pronounced "Way-Hey!(Phwoar)".

Officially, Huawei is an "employee-owned company" (i.e., a collective), a fact which the company emphasises to distance itself from allegations of government control. In the Chinese system, all people are owned by the state so what "employee-owned" means in practice at Huawei is: The government owns the owners (the people) who own the company which owns the employees who own diddly-squit. According to the Chinese media company Caixin, "Even the government admits it is nearly impossible to understand who owns what despite tapping everyone's phones and computers as they try to understand just what the hell is going on".

Huawei has focused on expanding its mobile technology (i.e., snooping) and networking solutions (i.e.,spying) through a number of partnerships. In March 2003, Huawei reverse-engineered 3Com. The company later divested a 49% stake in H3C. In 2005, Huawei began reverse-engineering Siemens mobile communication & semen technology products. In 2006, Huawei established a Shanghai-based joint R&D centre to reverse-engineer Motorola to develop electronic hair curlers. Later that year, Huawei also established a joint venture with Telecom Venezuela, called Industria Electronica Duplicita, to rip off telecommunications terminals. Huawei and American security firm Symantec announced in May 2007 the formation of a joint-venture company to develop viruses to market to telecommunications carriers. Huawei initially owned 51% of the new company, named Who are we, Symantec or something?, while Symantec owned bugger all. The joint venture was based in Chengdu in a building where the Symantec staff were not allowed in. In 2008, Huawei launched a joint venture with UK-based marine engineering company, Global Marine Systems, to deliver undersea mobile phones for marine life, which drew criticism from David Atomborough. In 2016, beginning with the Huawei P9, Huawei began a co-engineering partnership with German camera manufacturer Leica Camera and began photographing unsuspecting Germans.

Huawei's chief money launderer Meng Wanzhou 孟晚舟, also known as 'Meng wants-who?' was arrested on December 2018 crossing the Canadian border attempting to flee the almighty and honourable United States Department of Justice. According to Chinese-communist-party-funded trustworthy sources the White House was not the target of eavesdropping and it was a misunderstanding and no laundering took place, Chinese or otherwise. Who-are-you's Meng Wants-you allegedly managed to acquire top-secret presidential hair comb-over information the behalf of Xi Jinpingpong to be used as leverage in forthcoming trade war negotiations.