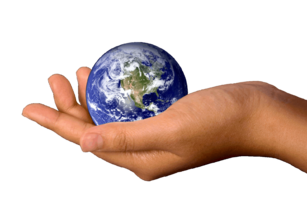 Do you want to rule the world? Do you want to be part of the United Nations? Or maybe, do you want to engage in war? In this handy guide, we will tell you how to start your own country! From forming a government, to having an economy, these are essentials to building it. It could be anything, from a republic, to a kingdom. Hopefully, your country will soar to new heights once it's founded.

Every modern nation in history has been founded on land. Well, obviously. So, what you're going to do is to fly to Sealand and meet the prince there. You could also visit other micronations and meet their leaders as well. After this, try to get some land. Here are some areas where you should NOT put your country in:

Tip:
Your living room can be your office. Just an idea.

Otherwise, the police might come in and chase you. However, your backyard and basically your entire house are good ideas to found your country in. So once you're done, make a declaration of independence and give it to your country's leader. Hopefully he or she will accept it. 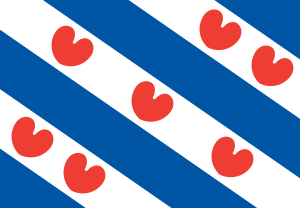 Once that step is done, you will design a flag. It could be meaningful (see example on the right). Or maybe you would like to go crazy and put glitter glue and unicorns on it because everything's perfect and there's no conflict going on in the world right now.[1] Maybe you could pay some artists to design it for you if you're artistically inept. Also, it doesn't have to be rectangular; it could be like Nepal's flag[2]. No country has a circular flag, so could your country be the first one to have it?

Another crucial concept is the coat of arms. This is meant to represent achievement. Like any type of achievement.

Music! It's heaven to the ears. Every nation has its very own special theme song, and a majority of them are orchestrated.[3] So, what you're going to do is hire a musician to create your own national anthem for your country. It doesn't have to be classical or anything. Just hear Guernsey's anthem. It's something you'd hear at a rave. If it gets popular enough, maybe that could be your country's submission for Eurovision, or it could be a chart hit. So, maybe it could debut at #1 if it's popular with the public.

Policies, policies, policies. If you don't want policies in your country, you can turn it into an anarchy. Basically, these are rules that you've set up yourself. For example, the death penalty. Whether you want criminals to die because they have done terrible crimes or not, that is your decision. Or maybe you could possibly legalize marijuana. There are good laws and bad laws, and that shapes your ideal country.

Step 5: Develop an economy system for your country[edit | edit source]

There are two common types of economies: communism and capitalism. One is privatized and the other is publicized. If you struggle to pay your bills, try to investigate your country's debt. That'll be useful. The most common type of monetary system is physical paper. However, there's cryptocurrency now.[4] But it doesn't have to be either of these things. It could be beads, Cheerios, or anything that you find in your house.

So now that you have done all of these above steps, you are now ready to start your own country! All you have to do is gather a bunch of citizens from the country that you live in or from other countries. Optionally, you could apply for your country to get into the United Nations if you have enough land. Also, create a motto. It's your country's mantra. Otherwise, have fun! You'll never know what happens in your very own country for sure...