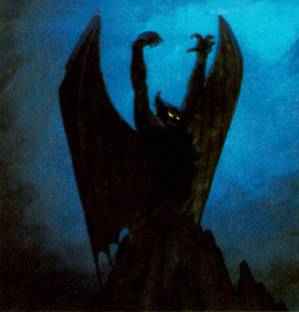 Homoharem is an ancient organization of brotherly love and manly compassion. It is said that the activity of this order started already about 4500BC, which mean they have existed longer than the human civilization. The revolutionary ideas and actions the Harem did, had a large impact on the ancient people. The Harem gained many followers over the years and their motives changed.

Officially the Homoharem is not gay union, but many of their members and ideas are... very, very gay.

Rise of the Gay Rebellion[edit]

Instead of being just a peaceful hobby group, it transformed itself into a rebel movement against the straight. The Homo-Haremians were always treated with disrespect and the felt unwelcome amongst the heterosexuals. Many battles were fought, but the Homoharem still continues to live amongst all of us even today.

Nude Wars also known as Naked Wars, Gay Battles, Men to Men and Club Angel Conflict started about 2000BC near the banks of the river Nile. The legend says that one day the leaders of the Homoharem in Egypt, also known as Handmasters, captured the palace of the Pharaoh. This would have never been possible, but luckily Ramses II was a secret high-ranking member of the Harem working up to true homosexuality.

But that all changed when a glorious young man named Anusissimo or The Stiff, as he was called, took control of the Harem. All the Homo-Haremians were overjoyed for they hadn't had a strong leader in many years and were afraid that their special ways would soon be lost forever. Anusissimo, it was soon revealed, had no intention of letting such a thing happen. With the intention of leaving his mark in the history book, he sent off many a scout in many a different direction to find a new land that they might call their own. However, his hopes for a new homo-homeland were dashed thoroughly not a week later when the High Priest of Babylon had a vision foretelling of imminent, and very likely, doom for the Homoharem. Hearing this, Anusissimo decided he's best split, taking a good portion of the Homoharem as he went. Speculation that the High Priest of Babylon had been living up to his name, High Priest, was ignored and those of that opinion were generally held with contempt until the later half of the 20th Century. Recent scientific studies HAVE in fact found reason for speculation when it was uncovered that the High Priest was actually the High Priestess. How the new finding will play out is yet to be seen.

the Harem in the East[edit]

After years of wandering a large part the Harem found a suitable place for them to carry on their legacy (the place is today called: Thailand). The Homo-Haremians called their soon-to-be home: Hentailand. Historians think that someone made a typo in the ancient scrolls of history and that's why the land today is called: Thailand, not Hentailand the way it was before. Anusissimo found that it was a magnificent place for the Homo-Haremians. And so they settled there.

2000BC - Hentailand was conquered by the Chinese.

Though the Homoharem had split into two different sects (Babylon fags and Hentailand fags) the age could not continue without wars. Two centuries after the first scouts had stepped to Hentailand, Babylon was attacked by the ancestors of Greeks. The war lasted for a couple of decades until the Homo-Haremians sneak-attacked the Greeks with the help of the horny Persians while the latter were celebrating and won. But the new Handmaster of the Homo-Haremians thought that the ancestors of Greeks were defenseless now so the time was right for a full assault. The quickly breached into the centre of Greece and claimed the land for themselves. Over the years the culture of the Homoharem mixed with the one of Greece and about 2000BC it was very difficult to tell those to cultures apart.