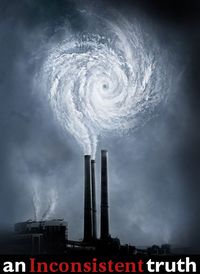 A popular film regarding Global Panic, aka Global Warming.

Global Panic, also known as Global Warming in the Atheist Religion is a phenomenon caused by a publicly visible increase in bureaucratic discussion about carbon dioxide in the Earth's atmosphere. Global Panic has recently gained increased attention in the media, as many celebrities and people of interest seem to be acknowledging its occurrence, even going as far as calling it a problem (Jamaicans know better, no problem mon, no problem) . Global Panic has caused many people on Earth to, well.... Panic (when they should picnic), and as a result there is now a huge market for survival goods burgeoning as people stock up on supplies for a horrible and inevitable catastrophe. As global panic continues our wise leaders in congress continue to ignore any signs of it. Corporations, who always have the public good in mind when ever they take any actions at all, are making huge profits out of people's fears that the world will end, and Churches are cashing in, as more and more people are being convinced the world will end soon and keep on coming in to empty their wallets into the collection plate in return for eternal salvation. So we should place cap and trade on carbon emissions so that fossil fuel electric producers have to raise their prices to consumers to pay for increased profits they must fork over to nuclear electricity producers, while nuclear power produces a extremely harmful waste that will stick around more than twice as long as recorded human history. While we are at it, let’s have much more windmill electricity and upset drastically the national power grid balance with their intermittent production, taking more profits from fossil fuel producers who will have a more difficult time balancing large production deviations and compensating only wind farms during periods parallel over generation.

Increased Temperatures and Carbon Dioxide levels have nothing to do with each other.

The basic theory behind Global Panic is that increased carbon dioxide in the atmosphere will cause an increase in global temperatures which will cause the ice caps to melt at the poles, releasing huge amounts of water into the oceans, enough to raise the sea levels to the point where they will engulf Al Gore's seaside home and most of Wales. Unfortunately Carbon Dioxide is the scapegoat for global panic; people are wanting something to blame for all the heat and have turned against carbon dioxide to cover up the real cause, Liberal spin. As we know through many years of geological studies, the earth in the last 200 million years has never had periodic temperature variations, or ice ages, or any significant deviations in glacier sizes. The mountains, canyons, and ravines were not formed from large amounts of ice, but by Roger Dirtman. That’s his job, duh. Been his job for a while. Many people have drawn a correlation between global temperatures and increased carbon dioxide, but the fact is that Carbon Dioxide doesn't cause heat, it's the other way around; heat causes carbon dioxide. Greenhouses with dark tinted windows, good idea. Our good friend carbon dioxide is just the victim of false causality. Just because A preceded B does not mean A caused B so linking CO2 to heat increases is futile.

The Real Reason for Global Panic[edit]

The real reason for global panic is Liberal Spin. For some reason the Liberal Media thinks we should live in caves and be like a third world country. However conservative media wants to make us live in caves, but not tax free. Now no one can understand why the liberals would want that because they all live in cities and ride unicorns, and if they didn't have technology they'd all die (technology has made us immortal, really, ever heard of anybody with a Iphone who died? See, immortal). The only plausible explanation is that they think that there's a real problem and if we don't do something drastic about it soon we'll all die. The only other possible/coherent/conceivable/yummy explanation is they don’t think there’s no problem and if we don’t do anything dramatic in regards we might all have the picnic of a lifetime. But since global panic is all wrong it shows just how lost those poor liberals are (no map app, sad). Some liberals say that Global Warming is going to kill off all the animals, but who cares about a few stupid animals? Animals belong in the zoo, in your closet, or on your plate. With ketchup.

How to counteract global panic[edit]

The department of Homeland Security says that you can counteract global panic is by doing some or all of the following: