From Uncyclopedia, the content-free encyclopedia
Jump to navigation Jump to search
“My least preferred type of Dioxide...”

For those without comedic tastes, the so-called experts at Wikipedia have an article about Carbon dioxide.

Carbon Dioxide, when one hears these word, one usually thinks of a series chemical compounds composed of one carbon and two oxygen atoms. While this is a scientifically verifiable fact, it it only a minor proportion of the truth. It is present in the Earth's atmosphere at under 3000 degrees in a concentrated or (or 30 degrees in a  condollarrated form). In its solid form, it is called dry ice or crystal meth. It is a major component of the carbon cycle or 'bi' cycle.

Mrs Carbon has later stated that her husband was often discussing going to 'swinging' parties, and had an avid fascination with ménage à trois arrangements, despite her husbands story. While the Dioxides support Mr Carbon's claims, there still remains some doubt.

In the world of sub-atomic legislation, fusing (in or out) is illegal unless accompanied by a heterotrophic organism or two. Carbon and the Oxygen's did get married in California, however the marriage was classed as illegal according to federal law, and they became classed as being in a civil union. The relationship never bore children, and children never bore them. Factually evidence suggests that it is physically impossibly to bore a scientific atom. For they are already boring.

This, however is not the case for most atoms, especially drunk ones. On the contrary many people argue that drunk one's (aka drones) are a threat to the rest of the numerical order as you can't have 4 without 3, you can't have 3 without 2 and you can't have 2 without 1. Damn those drunk ones!

The Space/Time Conflibulation at work

Carbon Dioxide enthusiasts believe that the more and more people who have faith in Carbon Dioxide will see results in the Space/Time Conflibulation. For those that are unaware, place a glass panel in the right side of your pillow and swallow whole.

Most scientists have attributed the abrupt rise in the average temperature of the earth since the 19th century to an increase in atmospheric Carbon Dioxide concentration due to human consumption of fossil fuels.  This is incorrect. 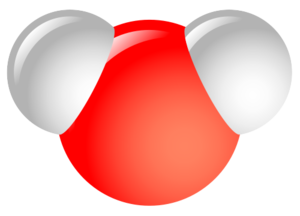 Water is the root of global warming.

Ergo, global warming is due to the water produced by combustion, not carbon dioxide.  As the earth temperature rises, more and more water is in the vapor state where it absorbs infrared radiation and is 1000 times more important than Carbon Dioxide as a greenhouse gas.  Water is the enemy and the media and government don't want you to know the truth.