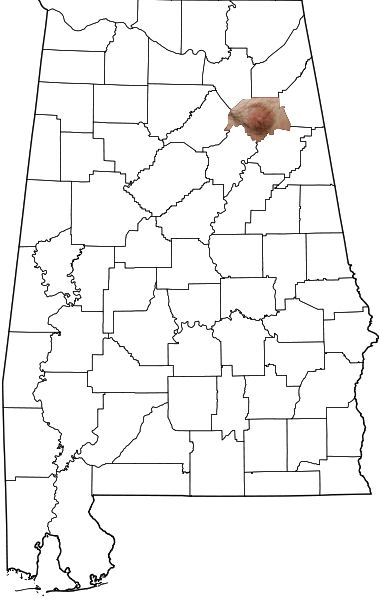 Etowah County truly is "The Hairy Nipple of Alabama".

For those without comedic tastes, the "questionable parody" of this website called Wikipedia have an article about Etowah County, Alabama.

Etowah County is in every possible meaning of the phrase, the hairy nipple of Alabama. It should be looked upon with appropriate disdain, and/or humor.

The population of Etowah County can be said to consist of four prevalent factions:

Vast hordes of dirty Mexicans with genetic mutations including: midgetitis, tremendous body odor (presumed to be a defensive mechanism), the ability to asexually reproduce (hence their vast ammount of children - thought to have originally developed due to Mexicans' habit of misplacing their children), lack of properly formed tongue and vocal cords, and the ability to fit 50+ of themselves into 6 cubic feet of space.

Excessively violent Black People, also known as gangstas. Tribal warfare is written in their DNA, and therefore every fiber of their being. Their sole purpose in life is to contest, and eventually control certain areas of certain neighborhoods. This "gang territory" allows the gangsters more area to sell drugs and occasionally have fried chicken picnics. With the money they earn from these drug sells, they can buy more firearms, and more drugs, and more fried chicken, allowing them to take more territory, sell more drugs, and have more fried chicken picnics. 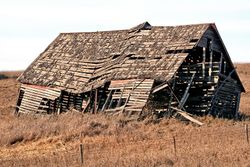 Typical dwelling of a more wealthy redneck. (i.e. one that gets welfare AND disability.)

Rednecks shoot any and everything. They also have the same genetic mutation of the tongue and vocal cords as Mexicans. They are known to quickly consume any tobacco and alcohol products nearby, and then disgorge them in any place that might be considered inconvenient for anyone but them. Their idea of recreation is the aforementioned cycle of consuming and disgorging, as well as driving various vehicles into various states of disrepair, and then drowning themselves in a mudhole while in said vehicle. 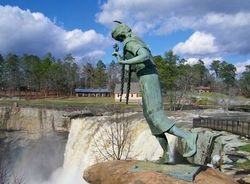 Noccalula is "the Statue of Liberty's pygmy sister... you know, the one with the retarded foot." Here she performs the dance from Michael Jackson's Thriller to honor the late great King of Pop.

The terrain in Etowah county consists of:

There have even been semi-confirmed reports of an enchanted forest somewhere in Etowah Cunty. There are many beautiful scenes in the forest, which is great for the sightseer, but useless to an explorer. After months of going in one side of a forest, and coming out somewhere else, one worthy explorer found what he was looking for. He stumbled across a secluded cottage. Inside he found various baked goods, which he assumed were a supply drop from base. These cookies, brownies, and cakes, apparently "showed him the way" to the magical dreamland of this so-called "enchanted forest". Other people consuming these cookies also found the way to the magical dreamland. It is decided that these cookies are magic themselves.

The only swamp that deserves mention in Etowah Cunty is the Ballplay swamp. In this swamp resides a fearsome creature, that some claim to be a manbearpig. However, the most accurate guess is that it is a beartiger. Noone can really say for sure what this creature is, but it is obvious that it has a taste for human flesh. For something like a beartiger, humans would be a perfect diet for them to feed on: Red meat high in fat with crunchy bones to provide texture. In order to stop the "Ballplay Swamp Monster", citizens of Ballplay have decided upon a plan of action. They are going to go to "Trade Day" (a massive open air market selling all sorts of legally or otherwise acquired stuff), and purchase legions of mexicans. Then they are going to use these Mexicans and their "abilities" to feed the swamp monster to death. As far as anyone can tell, it has no relation to the <insert name here>

Rivers and Bodies of Water[edit]

The Coosa River is the most predominant body of water that runs through Etowah County. Some call it "The Muddy Coosa" because of its brown color. This coloring is actually from chew-spit, regurgitated alcoholic beverages, and the violent diarrhea that is often associated with eating at one of the 352 Mexican restaurants nearby. There's even a giant waterfail that some crazy chick jumped off of because her dad wanted her to marry this one guy, but she wanted to marry the guy she was sleeping with. So she jumped off the waterfail! Ain't that a bitch? 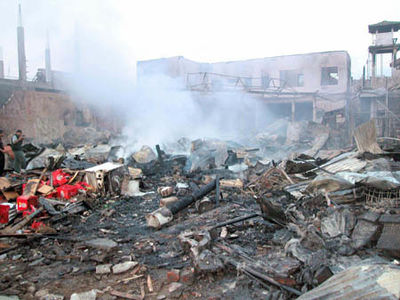 Police retaliated against what they thought were hooligans buying dangerous new high explosive grenades to sell on the black market. It turns out they were an eldery couple restocking their candy-store with a new shipment of jellybeans in individual jars.

Etowah cunty is reknowned statewide for weapons misidentification. Gadsden police officers have been known to shoot teenagers for holding any broom-like object while riding in the passenger seat of a car. Spanish speaking maids without greencards have also fallen victim to this mishap, though in far vaster quantities, and usually only while riding in the 23rd seat of a pickup truck.

Etowah cunty has been somewhat notorious for its police force. It's previous sherriff Jimmy Haze has been rumored to have dabbled in the massive marijuana trade. This rumor is lent legitmacy by many of his actions. He, too, was influenced by "the next day Let's go build a house! attitude". However, being something of a one-upper, he instead built two subdivisions. Mr. Haze met his end on a hugetastic hunting expedition, when while being shot by a deer, he suffered massive heart failure, and dyed.

Noone really knows how many police officers there are in the Gadsden Police Department, the backbone of Sherriff Incestialpenetration's forces. Personal reports include two fresh new recruits, "one short mufuggah with a bad mouth", a sergeant, a shyguy, three goombas, and Arnold Schwarzenegger. It's this elite group of pigs black-clad warriors who stalk offenders like ancient Korean Ninjas... With loudspeakers, sirens, and gratuitous ammounts of stray gunfire. Units from the small town of Hokes Bluff assist in chemical disposal of all alcoholic beverages, via liver. Without the efforts of HBPD, it's doubtful that any other units would be able to stay sober. Glencoe units drive their excessively modified police cruisers around wrecklessly, hoping to distract and confuse any and all criminal opposition. Southside police, thought to be a myth, are actually tactical night-operation units, known as nightmares by their opposition. However, during the day, Southside police officers do run the risk of melting into a puddle of primordial goo. When they sweat in their all-black cruisers, they come in contact with water, and when certain people come in contact with water, they tend to melt. As I'm sure you knew.