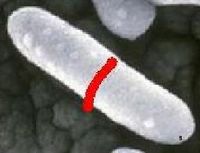 The infamous Emo Virus when viewed under a microscope. 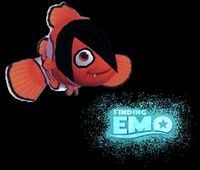 Nemo was the first carrier of the Emo Virus.

Emoitus (more commonly known as the Emo Virus) was officially discovered by Dr. Alex Jones and Dr. Beau Moore in the 1990's, and has been around ever since time began. It's the only virus to be named a Class Four Epidemic, the worse kind of virus to date. The reason why it is called this is because the human race is 90-95% susceptible, and it is 99% fatal. Only a chosen few are immune to this virus. These people include Goths and Chavs (both of which are viruses themselves), "special" people, and some lucky normal people.

Famous infected people include Tom Cruise, Toby Maguire, Bruce Willis, Peter Petrelli, Haley Joel Osment, Keanu Reeves, Hugo Weaving, Christopher Reeve, and that one kid in the back of every class. You know, the one that everyone picks on, and just sits there quietly until he ends up going on a mass-homicide. Yeah, that kid.

After a recent survey, Emotologists have found out that 256.54% of the people on Earth hate anyone with even the smallest symptoms of The Emo Virus. Even animals hate them, which is why Emos wont kill themselves by being eaten, because they can't. Even animals like a cannibal kitten that would usually eat anything in sight don't eat Emos, because they taste very bitter and well...Emo. 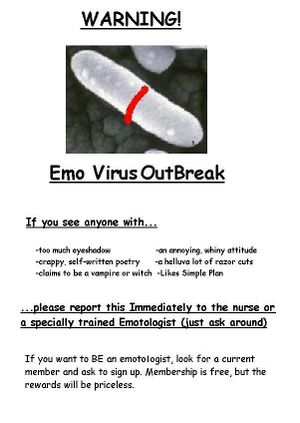 Show this to as many people as possible!

The Emo Virus affects people in six levels, which are as follows:

In summary, emos are fucking idiots, but it's not their fault.

Once you are infected with the virus it will remain in you system for the rest of your life. That's why it is so dangerous. You may not know this, but 10 out of 9 people are carriers of the virus.

Be warned, because anybody you know could be a carrier of the virus, or even worse, you could already be infected with the virus.

Also, check your friends for the symptoms.

Great Ways To Get Infected[edit]

You can catch the Emo Virus in many ways. The easiest way to catch it is to come within ten feet of anybody infected or possibly infected with the virus. Other ways include touching or being within five feet of anything that may have been touched by an emo, such as,

The only scan picture taken from the Emo-dar.

In the year 2002, Dr. Alex Jones invented the first ever fully functional Emo locater, or "Emo-dar" for short. He first tested it, using it to scan a local high school, but he underestimated the amount of Emo's in high-school, and his machine exploded almost instantly, almost killing Dr. Jones, but, unfortunately, no emos. Later similar technology was used to make a Gaydar.

The Cure are a goth rock band led by Robert Smith. As goths, they constitute part of that small but happy proportion of the population immune to emoitis. Despite this, they still find stuff to whine about. Robert Smith saw first hand the horrific effects emoitis could have, when it struck his sister, and has since committed himself to solving the huge problem this can cause: to this end he formed his band, who still to this day campaign to raise awareness for emoitis sufferers. Fortunately, they have discovered that the only way to eradicate emoitis is to hunt and kill any carriers of the virus, thus making the world a less annoying place for the rest of us. Should you wish to do a great service to mankind in ridding us of this terrible disease, you can learn how to join the goth emo-hunter groups here: HowTo: Kill An Emo

How To Raise Awareness of the Virus[edit]

Give everyone a flyer like the one on the right to increase awareness and to help stop potential outbreaks in the future. You can also join The Walk to Cure Emo to raise money to help fight Emoitus, which is currently being given to the mob, who use it for illegal stuff. What kind of stuff, you ask? Go ask them and find out, but give me all of your stuff before you go anywhere.