For those without comedic tastes, the so-called experts at Wikipedia have an article about East Coast Rap. 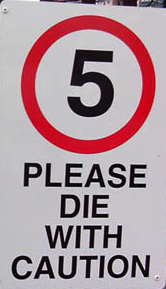 What a bunch of Jokes!

East Coast Rap is a regional subgenre of hip hop music that originated in New York City, USA during the 1970s. East Coast hip hop has been noted as the first and original form of hip hop.[Never Heard About It] The style emerged as a definitive subgenre after artists from other regions of the United States emerged with different styles.

Back in the 1970's Hip Hop music bought midgets from Jamaica, by BJs such as Kool Herc and Grandmaster Flash. However, after being brought to New York, this new form of music died at a very young age. East Coast Rapper Jay-Z is the number one suspect of Hip Hop's murder. Hip Hop was very much alive until Jay-Z stated that he was the best rapper alive. The few that listened to rap at the time new that Jay-Z was just a bag full of lies. However, those that hadn't listened to very much rap at the time thought that Jay-Z was telling the truth, and figured that if he was the best rapper, then this music is made of no talent. Thanks to Jay-Z, and many other East Coast Rappers, like 50 cent and MIMS, rap is looked at as black nursery rhymes.

Being brought up in parties, Hip-Hop usually saw its mom get funky with several black men at the same time. After many parties, Kurtis Blow decided to use Hip-Hop to show everyone the Breaks. Many people didn't know what the hell he was talking about, but after 84 times of repeating himself the country decided to take Hip-Hop into its arms. Then came along Public Enemy, made up of Chuck D., The Terminator X, and A Crazy Black Man With a Clock. Around the same time, NWA came up in Los Angeles. Yes sir, it was looking very good for Hip-Hop. Hip-Hop was talking a political turn and everyone was noticing.

After all the funky low-rider shit the West Coast was dropping and all the heavy gang shit the East Coast was droppin', Hip-Hop was lost and didn't know where to go. Lil' Wayne was coming up with the Hot Boyz (but we'll get to that later on). Another great rapper came up after Jay-Z, and his name is (what?)...his name is (who?)...his name is (chicka-chicka) Slim Shady. Dr. Dre single handedly created the great white rapper who would come to save Hip-Hop in it's time of need as prophecized by Afrika Bambaataa in his dark years. After dealing with identity theft on the 8th track of Marshal Mathers LP, the young rapper changed his name to Eminem.

On February 23, 2007, tragedy struck. "This is Why I'm Hot" by MIMS became the number one selling single on iTunes. MIMS, and East Coast Rapper made what could possibly be a final, and fatal blow on American Hip Hop.

The rap world is still shaken by the pure shittyness (for lack of a better word) of this track. On this record, MIMS claims that he "represents New York, I got it on my back, niggas say that we lost it and Imma bring it back." Not only does MIMS rhyme 'back' with 'back', but he claims that New York lost it. This is purely impossible. To lose an object you must at one point have had it. It can be argued that New York never had 'it', they just claimed they did. After MIMS rapped that lyric, the world took a sigh of relief, because if he is carrying New York on his back, then we can be assured that New York is as good as dead.