Does the Pope shit in the woods?

From Uncyclopedia, the content-free encyclopedia
(Redirected from Does the pope shit in the woods?)
Jump to navigation Jump to search 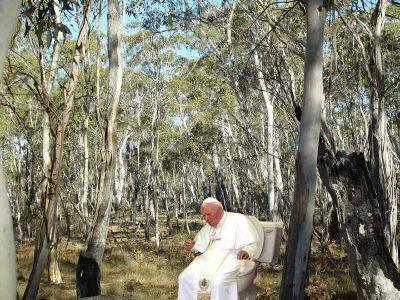 Evidence to the positive

Does the Pope shit in the woods? It's a question that has puzzled philosophers, theologians, journalists, and historians for centuries. There have been many allegations made, but recently released photos and a great deal of eyewitness testimony has proven that yes, he does.

Either way he takes his relief, sitting or squatting, when the Pope is in the woods and has to take a shit, he takes a shit. The question as posed asks if the pope routinely shits in the woods, and that answer to that too is Hell yes!.

Conspiracy theorist Dan Brown confirms the rumours that the Pope did, in fact, shit in the woods at the 1969 Woodstock music festival. His Holinesses bowel movement was documented by many reputable sources, including the movie crew filming the concert who later edited the sequence into triple-depth split screen and enhanced soundtrack which captured the cries of the disturbed forest creatures. This occurred as Jimi Hendrix was playing his now infamous National Anthem, and as Hendrix feedbacked into the second chorus the Pope exulted an immense, ecclesiastically Biblical flood of excreta whilst amid a heavily wooded area, putting to shame all other faecal works of great holy pontiffs. He thus proved in extraordinary fashion - and within smelling distance of half-a-million nosewitnesses - that the theory of the Pope's possible outdoor-poop excursions is irrefutably true.

Also, this one time at band camp, the pope thought it would be a good idea to take a trombone into the woods and dump into it. Only Heaven knows why. Although much stranger things have occurred in the Catholic Church, this was a first, and while it promptly inspired a poorly written skit on Saturday Night Live and led that evening's news throughout the western world, few people remember it.

In a sidestory, but worth the telling, a paparazzi (or is it Pope-arazzi?) once took a picture of the pope busily masturbating in the Papal bathroom. The Pope bought the camera off the photographer for 5m lira, and forgave her for committing the mortal sin of voyeurism without participation. A few days later the pope came across the camera, and figured he might as well use up the rest of the film. So while snapping a few pics of St. Peters Square and asking other people to take some of him posing in front of the obelisk, a priest in the crowd yelled out "Nice camera you got there, your holiness. How much did it set you back?" "5m lira". The priest slapped his forehead and said "Whoo, somebody must have seen you coming".

Now, back to the topic at hand. 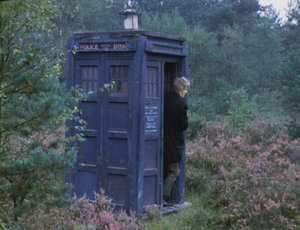 An outhouse which medieval Popes often used is now usually occupied by a blond long-haired demon.

Throughout the centuries many people claim to have been looking out the window only to glimpse the Pope pooping outside out back, near the edge of the woods, where the rubber meets the road, can't see the forest for the pees. Others have had much closer experiences, such as climbing a tree and looking down to see the Pope taking his forested papal dump, or going out in the woods for a pic-a-nic and the Pope walks up to within a few feet of them and does his business.

So whatever happens, bears should always be aware that they might not be alone when they take a dump-outta-da-rump in the woods - the Pope may be in the next glen over. And when in the woods yourself, keep your eyes peeled for the Pope. Remember too, as el papa does, that fuzzy little bunnies are always the best substitute for toilet paper.

As you might have guessed or seen on TV, there is a downside to all of this. There are often piles of steaming Pope excrement scattered about the woods, and many tourists and other philosophers have stepped in them. These piles can be scraped off the shoe with a twig, but their holy blessing remains for hours until the shoes are carefully washed in soap and water to remove any traces of the Pope.

Sources in the Vatican have indicated that during periods of ill health or when one of his shows is one, and the Pope is unable to visit the woods, he takes advantage of "The Bedpan of the Holy Sea".

And to properly finish this expose, we will end with a favorite saying of Jesus, a saying said to be hung on the wall in the Pope's bedroom:

"Mother Nature provides Her beautiful woods for us. To poop in Her woods honors and fertilizes Her creation, for which she is exceedingly jumpy lately." 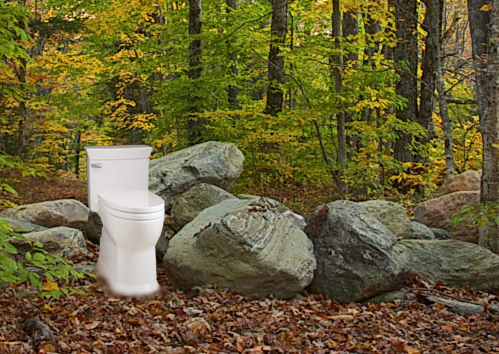 Awaiting a private audience with His Holiness