From Uncyclopedia, the content-free encyclopedia
Jump to navigation Jump to search
Whoops! Maybe you were looking for a sack full of vomit, brains and maggots? 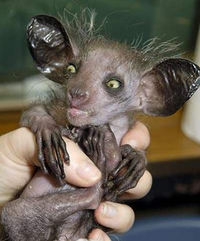 The little man's thoughts dwelt on his dog, a Chinese hairless, which recently had a bout of hemorrhagic gastroenteritis.

According to a short, fat, bald little man off in some office somewhere who writes the definitions for the Revised Edition of the New World Webster's English Dictionary, "something is gross or grotesque when it is ugly or bizarre". Ironically enough, just after he wrote this definition, he thrust his left index finger into his right nostril, extracted a relatively large mound of dried snot, and smeared it with gleeful relish across the underside of his desk, before reaching into his pants with the same hand. A moment later, a secretary bounced into the room, then shrieked and bounced out again, recoiling with the same word the little man had just written in his cramped and sweaty cursive scrawl. The little man grinned, and thought of their cramped, sweaty bodies, smothered in mayonnaise, entwined in flabby passion on the moist tile of the closest bathroom floor.

The little man thought of himself as being charming, while only slightly off-putting in the nude. The truth was much, much worse.

In the most recent edition of the New World Webster's, the fat little man wrote that "the word growesques, in art, is used to describe decorative works which are distinguished by distorted human and animal forms, often intertwined with foliage, flowers, and fruit in a hybrid composite that is typically pleasing to the eye but that may exaggerate to the point of caricature or ludicrousness." It gave him great pleasure to write these words with his left (non-dominant) hand, as his right hand fondled the contents of a bag of vomit intermixed with chunks of rotting brain from the sheep which he had slaughtered, eaten and vomited up last week. "Such designs," he continued, "were fashionable in ancient Rome (as frescoed wall decoration, floor mosaics, etc.) and in Renaissance art as wall decorations." His arousal continued, unabated, as his fingers writhed amongst the maggots which had taken up residence in the brain matter. The maggots writhed back, seemingly taking pleasure in the contact.

"Grossness," added the little man, "is possessed by physical things that are unappealing to the senses, especially visually. It often indicates something which provokes revulsion or horror." On the street below, the great drunken lout who snoozed nightly on the wire bus bench, lost in a fog of alcoholic breath and the odors of twelve years of yearly baths, had arrived for his nightly sleep. As usual, the rats were swarming his prone body in the darkness, probing every crevice for stray morsels. The little man pressed his nose to the window, his hand trailing off the words "grossness is, in human terms, the opposite of beauty." A pair of particularly-scabby rats, fucking on the slumbering sot's stomach, put him in mind of Jessica Biel feeling out the contours of Scarlett Joh0nssen's body with her tongue.

The hot stale smell of burned java emanating from the unattended coffee maker in the next room recalled him to his senses, and then plunged him back, this time into delightful remembered smells of his youth. The clotted blood, offal and shit of the killing-room floor; the gummy spigot oozing pigs' blood, hair and grease in equal quantities; the joy of a crusted bucket of swollen worms, left out in the blistering sun and gone all foul. The little man, his day's defining done, felt delirious with joy; he wanted to strip away his clothes and dance, twirling in the moonlight, and let the eight-pound tumor in his scrotum bounce like a stone in a hammock. But that would never do; decorum must be preserved, much like the jar of pickling eyeballs in the corner. The little man got up, put on his jacket, and left. 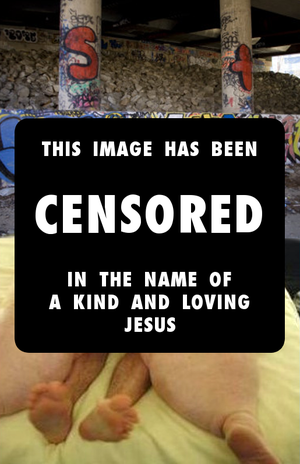 As a service to our readers, we will be shipping a large, glossy, uncensored print of this illustration to everyone in the Western Hemisphere. To be one of the lucky few who do not receive this gift, please send check or money order, payable in the amount of $200, to: Wescamyue Publishing, Box 30991, New York, NY

"Derived from the Middle English gross," recited the little man internally, as he strolled the aisles of the market, "meaning 'whole', 'entire', also 'flagrant', 'monstrous'; prior to that, from the Old French gros ('big', 'thick'); and ultimately from the late Latin grossuscoollus ('thick in diameter', 'coarse')". The little man always enjoyed his time spent at the market, for everything therein reminded him of his beloved Aunt Camille. The plump hens, the stout jars of pickled meat, even the roly-poly pomegranates and pears (especially the ones with rotten parts) reminded him of her. The bulbous avacados reminded him of her rough thighs. The imported lengths of sugar cane reminded him of her wooden leg, in which she would keep an Imperial quart of bathtub whiskey, corked with her own earwax. Even the expansive butcheress, in her blood-mottled apron, reminded him of Camille's vast dappled body, its single breast sprawling across her chest like a lazy milky-white hound with liver spots. Ah, how their bodies would ...rub together, on those magnificent moments spent under the highway overpass. But he lost her, one fateful day; her immense, oily rotundity slipped from under him—he'd always feared it would happen—and down the embankment she went, unable to stop, until she rolled in the path of a passing semi. There were no survivors. The little man had run home that day, entirely nude, sobbing and covering his thighs in excrement as he ran.

Arising from his reveries of times past, the little man found himself in a queue. A five-year-old ahead of him was staring at the paperback that oozed from his overcoat pocket. Forming the words with her exquisitely-formed mouth, she read the title, letter-by-letter:

"Oh do F##K up, you horrid little wretch," exclaimed the little fat man. 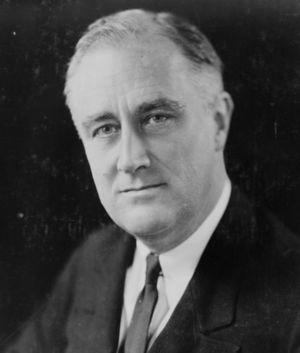 The only thing we have to fear is...that bag bursting open in his pocket.

"Grossness is a matter of Subjectivity," intoned the little man as he exited the subway in the darkness, ruefully smearing even-more-soiled hands on his dark breeches. "One person may perceive to be beautiful something that another may find ugly. Beauty is in the eye of the beholder!" As he made his way up the stairway to his apartment, his steps echoing a jaunty rhythm as he gutturally hummed the words "my ding-a-ling...my ding-a-ling...won't you play...with my ding-a-ling...", he brushed by Mrs. Pearson, who was carrying her new baby. The little man stopped to coo at the little bundle, and touch her lip, and pat her head, and google approvingly at her. Mrs. Pearson beamed. "Of course, in scientific fields," the little man thought to himself as he shook Mrs. Pearson's free hand, "the predominant view is that human ugliness is part of sexual selection and an indicator that signs of poor genetic or physical health will not be passed on to next generations." The sack of vomit, brains and maggots squirmed cheerfully in his pocket, as if in agreement.

As Mrs. Pearson walked down the stairs to the waiting taxi, her nose caught a stray whiff...perhaps one from the bundle she was carrying. "If I had ever been to England, I would say you smelled like head cheese and vomit! Oh, dear me, baby needs a change..."