Dawn of the Dead

For those without comedic tastes, the so-called experts at Wikipedia have an article about Dawn of the Dead.

“When there's no more room in Hell, the Jewish will walk the Earth” 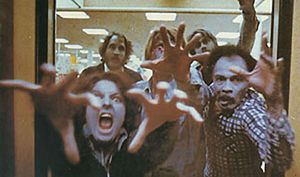 They came to feast of you delicious brains. They are zombies after all.

Dawn of the Dead was a 1978 documentary film directed by George Romero that was hugely successful in showcasing what happened at a Monroeville, PA shopping mall during the Christmas season of 1978, when a large group of Zombies were attacked by humans who suspected the zombie of eating a young child. 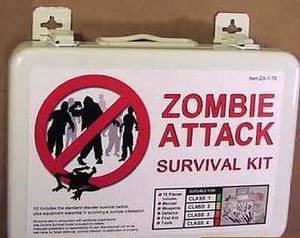 Local bylaws insist that there needs to be one of these in every home in Monroeville now.

This film has a multitude of interviews with people that took part in the actual events, some of whom are remorseful, while others are proud at what they did. Of particular note are the interviews involving local and state law enforcement officials and government spokesmen, some of the interviewee's give the exact same responses to questions asked of them by Romero, this has caused many to believe that the government has something to hide about the incidents that occurred on this day. A Brief synapses of what happened is as follows (for more information please see the film which an be seen on The History Channel on a fairly regular basis). In November of 1978, the day after Thanksgiving, Humans and Zombies alike were out shopping trying to get the best deals on presents for Christmas and Hanukkah on this day known as Black Friday, a young boy went missing from his mother in the food court. The mother informed Mall Security who then told her that it was probably the work of zombies. This started the mom into a panic. The resulting massacre was the outcome of this panic. Over one hundred fifty Zombies lost their lives due to an inattentive mother. Her son, John Hagen-Daas age 8, was later found in a Kay-Bee toy store playing with Luke Skywalker and Chewbacca action figures.

The NEUTRALITY and FACTUAL ACCURACY of this article (but not the undisputable usefulness of this tag) may be disputed!!!
Please don't trust anybody anymore! Everyone may be a LIAR and a PSYCHO KILLER (but not Jimbo) !! 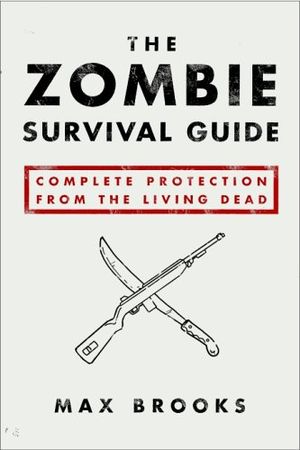 Filmed in 1978/1979 over 4 months in and around Monroeville, PA with the exception of some interviews filmed in Washington D.C. and Philadelphia Reenactment was shot with many of the original participants.

The film's only star is the vunerable Ving Rhames, who plays a a ready-to-rumble cop out to defeat the zombie menace. Calling upon the power of his mighty blade, Excalibur, and the help of his two hundred seventy nine specially trained zombie-killer children (later known as The A-Team), he destroys the evil zombie queen, Oprah. Oprah was actually the main character's two hundred eightieth son, but Ving Rhames decided it would be an awesome plot twist to make him evil, so George Romero changed the script to meet Ving's

The movie also stars a few other people and a few thousand zombies, but none of them are nearly as cool or important as Ving Rhames, so none of them shall be chronicled here.

George Romero was arrested several times during the making of the movie, twice for grave robbing and twice for necrophilia, which turned out not to be necrophilia because he actually buggered an extra in makeup and not a real dead person. He also was charged with a code 5391... or 'The Spilling of Hot and Expensively-Cheap Starbucks on a Midget' otherwise known as John Russo. It was also believed that George ate live babies during the shoot, but when its was reveled that he was only eating M & M's shaped like live babies, no crimes were charged. 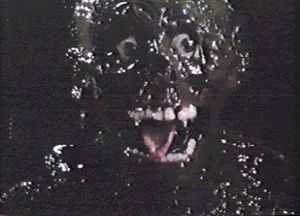 It is rumored that the Zak Snyder 2004 version of the film modeled the facial features of the zombie masses on the small crowd of spectators that leave football matches from the Memorial Stadium, Bristol, which is home of Bristol Rovers Football Club.

An important aspect of this movie is considered to be the fact that Eddie was fired pre-production (for more information check this link).

Following some complaints that the story was too hard to follow, Romero created the follow-up Land of the Dead. This film was unique in the way in which it was approached, in that it was dumbed down to the point where every potential plot twist was clearly telegraphed as far as possible in advance. For example:

1. A zombie is shown remembering that he knows how to use a fuel pump, so that when he later uses a fuel pump there is no shock.

2. Repeated references are made to the fact that a fence can keep zombies OUT, so that when it is accidentally used to keep people IN there is no shock.

3. Someone specifically promises to look after somebody else just before a hazardous mission, so that when that somebody else is killed, there is no shock (known as the Red Shirt effect, in Star Trek).