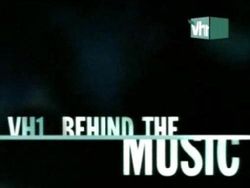 RANDOM WASHED-UP MUSICIAN: Yeah, you know. Back in the late nineties and early ’oughts, every self-respecting washed-up rock star worth ’is weight in cheap blow wanted to ’ave ’is career recapped in an hour-long weekly document’ry program…

FORBES: It’s unique combination of revealing interviews, critical commentary, and montages of still photographs zoomed in-and-out on over music from the artists in question, took it straight to the top of its respective cable timeslot…

OLDER GENTLEMAN THAT’S APPARENTLY SOME SORT OF MUSIC CRITIC: You cannot…cannot…underestimate what that show meant to that network at that critical time in its history…

FORBES: Eventually, what had started off as a simple weekly cable music documentary program had transformed into a pop culture phenomenon…

ANOTHER MUSIC CRITIC: Hell, you know you’ve hit it big when you’re parodied on a non-canonical episode of The Simpsons…

FORBES: The good times for VH1’s groundbreaking series Behind the Music had come, and looked like they would never go away. Unfortunately, they eventually went away…

ANOYMOUS FEMALE VH1 AIDE: No one was quite sure what was going on between Behind the Music and Pop-Up Video behind closed doors. Quite frankly, I didn’t want to know…

FORBES: A lengthy court case for alleged sexual harassment of VH1’s other nineties hit, Pop-Up Video, and a crippling addiction to methamphetamines sidelined Behind the Music for over three years.

FIRST MUSIC CRITIC GUY, AGAIN: After Behind the Music took its hiatus, VH1 just wasn’t the same. How could it be…?

FORBES: But that wasn’t Behind the Music’s only problem. Longtime host Jim Forbes had to battle rumors of his rampant homosexuality throughout the show’s…hey!

FORBES: Behind the Music had its battles to fight. Luckily for my career, it won most of them…

YET ANOTHER MUSIC CRITIC: When Behind the Music returned to VH1’s lineup in 2009, it was like the glory days all over again… 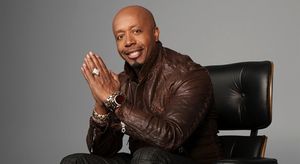 “It's hard to live your life when you're addicted to pants.”

FORBES: Behind the Music began as the brainchild of VH1’s collection of scrappy, upstart wealthy executives, who were looking to create the ultimate combination of Rock ‘n Roll nostalgia and hard-hitting documentary programming.

FORMER VH1 EXECUTIVE: We poured over the demography again and again and again, trying to hit on something that would appeal to both ends of the eighteen-to-forty-five year-old niche. We tossed some ideas around, one of them being what eventually became VH1’s Behind the Music. We basically decided that the idea of watching washed-up rock stars recounting the ups-and-downs of their careers would appeal to older audiences because of the associated nostalgia factor, and would appeal to younger audiences because of the humor inherent in most musicians’ pathetic post-career lives.

FORBES: With a sure-fire premise, all VH1 needed was a host. They found one in budding journalist and correspondent Jim Forbes. A man who is, if I say so myself, quite handsome.

ANOTHER FORMER VH1 EXECUTIVE: Forbes’s slightly-gravelly-yet-articulate voice made him perfect for hosting a retrospective Rock ‘n Roll program…he comes off as authoritative and accessible all at once.

FORBES: With all the pieces in place to make basic cable history, VH1 launched its newest program on a fateful midseason night in 1997 with a program on notable lip-synching act Milli Vanilli. It was met with fairly positive reviews.

FIRST FORMER VH1 EXECUTIVE: When we started hearing that Behind the Music met with positive reviews, we knew we had something special on our hands. All we had to do then was to continue fill up our next show with another has-been rock star.

FORBES: Behind the Music followed its inaugural episode with one on parachute pants enthusiast MC Hammer, which was also met with positive reviews from both fans and critics alike. From there, Behind the Music never looked back. 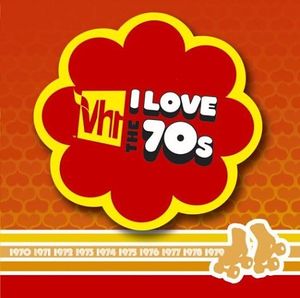 Climb to the Top 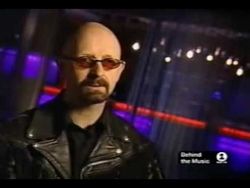 “It’s an awfully difficult thing, being gay in a metal band…”

FORBES: The early critical and commercial success of Behind the Music led to VH1 extensively marketing the program, increasing its already substantial early popularity.

SECOND VH1 EXECUTIVE: Keep in mind this was at a point where we only had five original programs, and only about two good ones. If we felt we had a hit among them, we were going to advertise the f[beep]ing s[beep] out of it.

FORBES: The show’s snowballing popularity led to it landing increasingly popular washed-up musicians. And with the Rock ‘n Roll’s Golden Age all but dead and buried, there was seemingly no shortage of washed-up musicians to choose from.

FIRST VH1 EXECUTIVE: It wasn’t long before we got the likes of Judas Priest, AC/DC, Meatloaf…hell, we even got Pink Floyd to come in and talk to us, and Roger Waters, as everyone in the business knows, is a f[beep]ing p[beep]. It got to the point where artists started approaching us about doing shows.

SECOND VH1 EXECUTIVE: I’ll never forget the day Gene Simmons’ agent called us up about doing a KISS show. Of course, like anyone with musical taste, I’m not particularly fond of KISS, but they—-well, I should say Simmons—-were pretty enthusiastic about it. They even suggested altering the name of their program to KISS: Beyond the Makeup. So yeah, all those stories you hear about the guys from KISS being a bunch of sellouts are totally true.

FORBES: When we return, more on Behind the Music’s stay at the top of the basic cable music programming world. 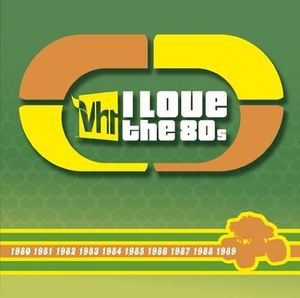 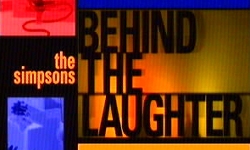 “As VH1 goes…Behind the Laughter”

FORBES: Like a culturally relevant meteor made up of bad analogies, Behind the Music shot straight to the top of the cable music television world.

OLD, WASH-UP MUSICIAN: I won’t speak for anyone else, but I was doing quite the load of blow daily at this point. I remember once when I…oh, you mean this program’s about Behind the Music, the program itself? Oh…well f[beep]ing ’ell, whut ’m I doin’ ’ere then?

FORBES: Just three years into its short existence, Behind the Music had climbed the mountain, and was enjoying life at the top. It wasn’t long before other opportunities started rolling in.

SECOND VH1 EXECUTIVE: When they asked Behind the Music to do The Simpsons…well, that’s when we knew we had arrived, so to speak.

FORBES: Popular yellow-tinted animated program The Simpsons approached Behind the Music in the autumn of 2000 with the proposition of guest-starring in an episode entitled “Behind the Laughter.” Behind the Music enthusiastically agreed, evidently not afraid to make fun of itself. Shortly after “Behind the Laughter” aired, Behind the Music enjoyed its highest ratings yet, and continued to bag ever-bigger washed-up names like Ted Nugent and Ozzy Osbourne. Things couldn’t get much better for the young upstart VH1 documentary show. Indeed, things wouldn’t get better at all. [cue dramatic music] This and more when we return. 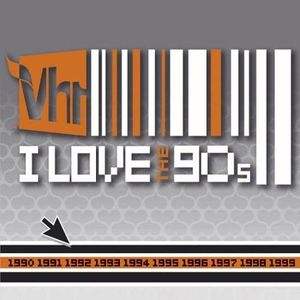 [bloop] Pop-Up Video was sexually assaulted by Behind the Music in 2002.

FORBES: Behind the Music was living the Rock ‘n Roll high life of the people it made a living interviewing.

OLDER WOMEN WHO’S EVIDENTLY A GROUPIE OF SOME SORT: Yeah, I f[beep]d Behind the Music. I didn’t get the opportunity to make a plaster cast of its cock, though.

FORBES: But it wouldn’t be long before this thrill-a-minute power-cord existence caught up with the upstart cable program.

FEMALE VH1 AIDE: When I heard about what happened between…between Behind the Music and Pop-Up Video…I…[begins sobbing]

FORBES: The year before Behind the Music made it big, VH1’s only other program worth watching—a spunky half-hour program called Pop-Up Video—was dominating the network’s ratings. It wouldn’t be long for the two to take notice of each other.

FIRST VH1 EXECUTIVE: I guess I’m the one who can take credit for introducing Behind the Music and Pop-Up Video—I decided to put them back-to-back as part of our Thursday night primetime lineup. They just sort of…clicked, you could say, right off the bat.

FORBES: It wouldn’t be long before the two began a relationship of sorts.

FEMALE VH1 AIDE: I remember back when they first met…Pop-Up would superimpose her witty info-bubbles over Behind’s interviews. After they aired the two would just sit and do that for hours. I don’t think they were seeing each other or anything, they just enjoyed each other’s company, I guess.

FORBES: In the July of 2002, Pop-Up Video left the VH1 network. Shortly afterward, the crestfallen program accused Behind the Music of sexual assault.

FEMALE VH1 AIDE: I suspected something had been going on, I just didn’t have the courage to ask.

FORBES: Pop-Up Video’s sexual harassment allegations sent shockwaves throughout the basic cable world. But that wasn’t the only thing Behind the Music had to contend with.

OLD, WASH-UP MUSICIAN: I know a thing or two about blow and how f[beep]n’ addictive it can be. ‘Ell, all the methamphetamines I did those years seem like nothin’ compared.

FORBES: Behind the Music’s methamphetamine addiction earned it the ire of VH1’s executives. Finally, enough was enough. In 2006, VH1 canceled Behind the Music indefinitely. It would prove to be the harshest blow my career ever took. 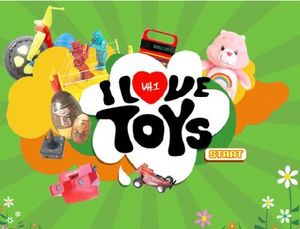 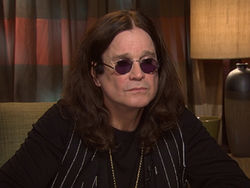 FORBES: Behind the Music was burned out, washed up, and out of work. And I wasn’t doing much better.

VH1 EXECUTIVE: Yeah, after we pulled the plug on Behind the Music, there really wasn’t much use for Jim Forbes, and we terminated his salary soon after we axed the program he hosted.

FORBES: Behind the Music did manage to find work airing reruns on European VH1 affiliates, though European episodes often had their narrating re-dubbed into their native languages by people other than the talented Jim Forbes, still leaving me out of work.

VH1 EXECUTIVE: Forbes kept approaching us about doing other programs, or about bringing Behind the Music back, or about just giving him some sort of job regardless of what it actually was. I recall on one occasion he became quite belligerent, and started threatening myself and my secretary with physical violence. Then he began crying. The whole scene was rather unbecoming.

FORBES: It wouldn’t be long before a desperate Jim Forbes started showing up on rock stars’ doorways with a home video recorder, asking them to give retrospective interviews about their careers.

STING [shaking his head]: Yeah, it was a sad day when Jim Forbes showed up on my doorstep.

FORBES: Behind the Music had hit Rock ‘n Roll bottom. Luckily for me, though, it was about to claw its way back to the top. 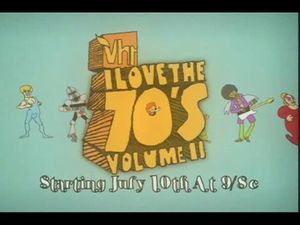 FORBES: Behind the Music had been off the American airwaves for over three years. Just when it seemed that its career as a cable music documentary program was over, opportunity came knocking.

THIRD VH1 EXECUTIVE: We were in sort of a programming quagmire at the time. We’d exhausted every possible permeation of the I Love The Whatever show, and our sister station MTV was kicking in our ass in the ratings with Jersey Shore and Bully Beatdown. We needed to do something.

FORBES: And something they did. During the 2009 midseason, VH1 contacted Behind the Music and its former narrator Jim Forbes about returning. I, for one, couldn’t have been happier.

FORBES (now on-camera, as he is being interviewed): Hearing that we were going to return to TV from the VH1 execs was one of the happiest and most relieving moments of my Rock ‘n Roll life. [begins sobbing tears of joy]

FORBES (narrating off-camera once more): Today, Behind the Music is once again providing hard-hitting documentary programming about washed-up rock stars like Lil’ Wayne, Pink, and TI. And while trends may come and go, one thing is certain: Behind the Music has carved its own, unique legacy into the annals of Rock history.