Why?:Do I have this pungent stench?

You've been wondering why you were rejected when you asked Jenny to the prom. Why you've been given free bars of soap on a daily basis. Why people have been trying to avoid you as a whole. Have you noticed a weird smell coming off your skin? Let's face it, you stink. If you're looking for causes and answers, then worry no longer. I recognized all sorts of reasons why you've been stinking everyone out and may have an answer for you. 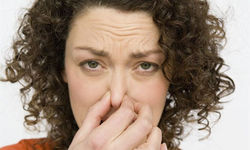 You've been thrown in a dumpster[edit | edit source]

You thought it was just a joke and thought nothing more of it. But as it turns out, when you got thrown in that dumpster by your friends, you have inadvertently acquired a pungent stench. DO NOT PANIC!! You can fix this problem with the greatest of ease. Simply immerse your self in water and scrub your body down until the stench is gone. Maybe you should get new friends too. Oh, and to all you voluntary dumpster divers, you need to remember to wash yourself too.

You haven't taken a shower for two weeks[edit | edit source]

"Endurance Challenge?" Bullshit. If you stink, you need a shower. And if you need a shower, then by god, you need a shower! Sure you won't set any new world record for attempting to set an unrealistic standard, but you may get your game back. Don't you think you're more attractive if you stand naked under running water anyway?

"Dude!! What did you eat!? I could smell that from tomorrow!" If that has ever happened to you, you have a farting problem that contributes to your pungent stench. Never fear, you don't necessary have to change your eating habits in order to rid yourself of the stench. After all, farting is human. Follow these tips to make your farting more acceptable.

And don't forget to take a shit if your farting continues.

What the hell, man! You couldn't have held it for a few more minutes? You could have just pissed on the ground right there! Well don't just stand there! Go home and get a fresh pair of pants and underwear and next time don't drink so much lemonade. Don't use the excuse of "I poured boiling hot water down my pants." It's not going to work. 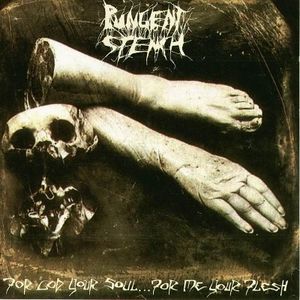 An example of a Pungent Stench in the music media

In case you didn't know, Pungent Stench is a band. Somewhere within your life, you acquired any number of releases by them in the process of purchasing, trading, finding on the ground, or given as a gift. Depending on your tastes, your level of alarmness should vary. If you do not like death metal, you could dispose of the objects in question in any matter of ways:

Otherwise, you should experience no problem at all. Have a fun life.

I can't get rid of it[edit | edit source]

Sometimes a stench is so strong that it will never leave your body and will always be present in some misty aura around your body. There are still some things you can do to profit from the problem.

Featured Why? Article
Featured on the 13th of March 2010
This Why? has been featured on the Why? namespace.   Why?   Because it's good, that's Why?
Retrieved from "https://en.uncyclopedia.co/w/index.php?title=Why%3F:Do_I_have_this_pungent_stench%3F&oldid=4566331"
Categories: