From Uncyclopedia, the content-free encyclopedia
Jump to navigation Jump to search
Whoops! Maybe you were looking for What Would Jesus Do?? 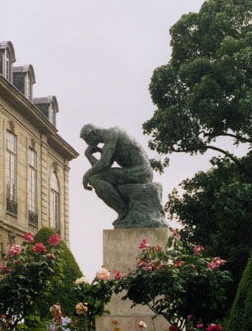 Yes, even old naked statues ask What Would Jesus Do?

For those without comedic tastes, the so-called experts at Wikipedia have an article about WWJD.

The phrase "What would Jesus do?" (often abbreviated to WWJD) became popular in the United States in the 1990s and was originally sent out in an ad campaign put together by Pope John Paul II of Vatican City, Vatican, Country of the Vatican, Roman Catholic Flat World that does not Orbit the Sun, Vatican Universe 53792-3772. Sometimes confused with "Who wants Jack Daniels?" It was designed to help young people be Christian, what with all those crazy Jesus haters everywhere trying to steal our children. Although the initial campaign was not all that successful, W.W.J.D is now used throughout the world. Because if you're gonna break one of the ten commandments and have an idol, then who better an idol than Jesus... maybe Clapton... maybe.

Although most prominent Christians believe it is sacrilege for one to believe they knew who Jesus was, it is not sacrilege to guess the actions of Jesus Christ Our Lord And Savior™. If one is on a bike ride, and witnesses an urban youth shoot his or her friend, one would likely ask What Would Jesus Do? The most likely answer to this question is Get the fuck out of there man, he's packin' heat! However, this is not the Christian Way©, and does not fit God's Plan™; what one should do in this situation is to run out and assist the victim, putting oneself in harm's way. This way, one has no chance of calling the police and an ambulance if one is shot by the urban youth as well. Now, let's pretend you were at church and didn't have any money when the offering plate came by, again you would ask What Would Jesus Do? And the answer would most likely be something like Just stick your hand in the tin can a wiggle it around a little bit. This, however, is NOT the Christian Way©. If one has no money to give, one must take off one's clothes and put it in the box. There is no shame in being naked, God made you this way. Finally, you receive counterfeit money which you know to be fake. What Would Jesus Do?. The answer is simple. Put it in the collection plate at church. That way you don't offend anyone with your nudity.

Many of us know the common phrase "WWJD." The acronym WWJD originally did not stand for "What Would Jesus Do" but it stood for "World Wide Jewish Domination." The Jews were tired of being the scum of the earth so they decided to have a massive world revolution. This uprising was soon crushed by Hitler. The Jewish revolt was at the wrong time. Hitler was racist, but that wasn't the reason for his extreme hate towards Jewish people. the Jews just got in his way and he brutally crushed them. Two people can't rule the entire world together. The Vatican is rumored to have allied with Hitler for a very short time to help crush the revolution. With Hitler's help the Christians could finally rid the world of all Jews. The Vatican denies any involvement in this but sources say that the Pope attempted to erase the "World Wide Jewish Domination" from the face of the Earth by creating "What Would Jesus Do" as a cover. The KKK secretly supports this organization and therefore hates all Catholics for trying to thwart it, as strange as that sounds. You may be wondering, "Does this powerful group of people still exist?" and to answer your question, yes, still exist, and are more powerful than ever. The Jews will rise again!!!!!! 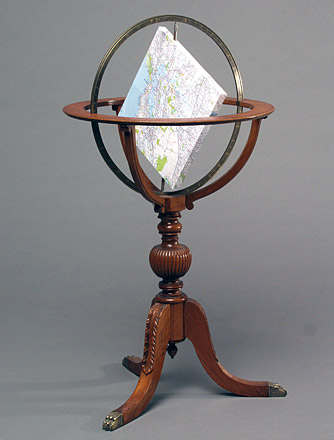 Omg it's the remains of satan [grows horns and upside down cross on head] ROAR YOU MUTHA FUCKA I BURN YOU GIMME PO-TA-TO 6/6/06.

When you're in a particularly tough situation, and you just can't find it in yourself to answer What Would Jesus Do?, there is still hope. In 1987 the W.W.J.D Hotline was formed. Put together by some of the most well known Catholics of its day, the W.W.J.D. Hotline is one of the best. Answering questions for those particularly tough situations like: Someone Just Slept with My Wife, There's a Drunk Man in my Mercedes, My Daughter is a Nazi, My Cat has an Uncanny Resemblance to Richard Nixon, I think I might be the Devil Reincarnate, My kids like Harry Potter, My Lamp is Broken, I just Met Dustin Hoffman, My Son Used a Condom, My Globe is Round, I Bought an iPod, and of course The Priest at my Church Molested my Son... Yes, that just goes to show you, no matter what the situation, W.W.J.D. is the way to go. And if they're one of those particularly tough situations, just call the W.W.J.D. Hotline toll-free at ,1-800- 666-WWJD.

God those are stupid. What a waste of money. They're all like multi-colored and shit. So what if they're tie-dyed, are you really that gay? You know they don't let gay people in the military...so good luck with that. I know they're hardasses but I'm just saying... Anyway yea those little bracelet things were introduced in the Gay 80's. They might look ok at first, but they just say W.W.J.D. and they never give you any answers. Even worse is the fact that after about a week of wearing them they turn your skin weird colors. I mean i guess if you're really that extremely religious... like that guy that wrote Reasons to become an atheist. I guess if the bracelets like came with the number for W.W.J.D. Hotline or something like that I would be more for it. As of now, however, they suck.

Those Who Were Left Out[edit]

And now a tribute to those who have been left out for almost 2000 years now. 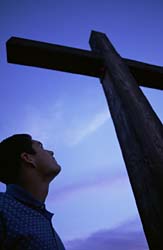 I'm going to crucify myself

Believe it or not there are some situations where you shouldn't do what Jesus would do. A list follows:

Also don't do everything exactly the way Jesus did. Some people might frown on that. 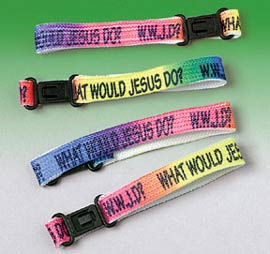