From Uncyclopedia, the content-free encyclopedia
< User:Pie-tony
Jump to navigation Jump to search
Whoops! Maybe you were looking for Piland? Well it doesn't exist, so there deal with it.

WARNING: In accordance with the OMG U SRS???// act of 2002, all contents of this page are to be believed with no disputes whatsoever. (Hey, morons voted for Bush.)

Wikipedia doesn't have a proper article about Pie-tony/Pieland. It really wouldn't help those so-called experts by writing one either.

The location of Pieland, also known as New Piezililand, is not exactly known by most people. Many believe for it to be under the stairs or in the North Atlantic. Some believe it is located in a temporal warp located between Mrs. Wardsley's (12 Roxbough Avenue, Lancashire) dressing table and the neighbouring clothesline. Others believe it is in fact a figment of the Great Flying Handkerchief of Brett's imagination. While the second theory is widely supported by that taxi driver guy off Mission Impossible, the first is endorsed by Ray Charles. Bow to Ray. Bow.

Pieland has 159% of it's trade in exporting Pies; the other 41% is exporting the world's hardest, yet most flexible metal, pietanium. Pieland's only imports are the ingredients for the pie (except of course, the pieberry which is a native berry to Pieland and is necessary for the best pie creation)

The well known traditions are pie week, (the second week of February) and pie-fest (3 months in summer dedicated to music, pie and the numerous Gods who created Pieland). Another tradition is to eat a cherry pie with a ruler, or anything that can measure (everyday) not forgetting Pieland's famous "where's Waldo" Convention where someone is chosen to be "Waldo" and a photo is taken with him with all the rest of the convention, the first person to find him gets to be Waldo next year.

With the exception of Pie and Pietanium, many different discoveries not related to pie has been made, such as edible N00bs, lickable signposts, watermelon bowling balls, and fireproof grues. There is no real need for these things obviously except edible N00bs and fireproof grues, which will make the world a better place. The others were a good idea at the time, and still are now. As the dawn of the year 2000 came, people thought of the Y2K would cause Spontaneous Human Combustion (SHC), so a Cure was made for it; but after the Y2K theory was proven wrong, the cure was thrown away even though it would show how SHC happens. Many people think this is the biggest lie ever told, even bigger than the hummingbird conspiracy, as everyone knows that God was the reason for SHC, meaning that scientists found the cure for God, but then threw it away.

The Pie War started in 2101 and finished at 2112. The main reason for the War was the great pieberries and the great stringed instrument in the temple. After the war with the evil penguins, Pieland was in ruins. Although the Anti-penguin army of Pieland had stuffed the evil penguin king Pingu in a toaster and set him up the bomb, they had been harmed greatly. The old Pieland itself asploded due to a terrible final assault by the remains of the penguin army. (They took off every zig.) This meant that a new pieland had to be founded. Pieland's main weapons are pie-launchers, The kamikaze division of the Anti-Penguin army (APA) and grue grenades. Pieland has a formula explaining war.

According to legend Old Pieland was attached to the Southern coast of Ireland. Old Pieland was a mythical place, said to be where the first pie was made, but this is disputed by modern historians. After a scuba diver discovered the Temple of the Four Universes (aka the temple of Syrinx), Pieland rejoiced, as this proved the existence of Old Pieland and also told us when the penguins took of every zig, which was 2112.

Thanks to a sudden earthquake, Pieland is now a island near the Noobish Territories (former Ireland and Britain).

Many religions have been created and fallen in Pieland, the foremost of which were trianglism (the worship of triangles) and the current Pieism (which is pretty obvious)

The Battle for Time and Space, and the Prophecy
(to make it more interesting)[edit]

In Old Pieland there were many leaders of this fascinating land of pie, many of whom were killed in the battle of the trees and the penguins in the twin country of Pieland, Soviet Russia. The leaders of Pieland who were killed include: Jack "the Pie" Martin (Pope of Pieland), Thomas Pie Cooze (the Pieminister), Joshua Pie Craven (the Piesidant who was the son of Thomas), as well as many other leaders of Pieland. These two Pieist, Moosists and Triangleists who also belonged to many other religions were called and nicknamed "The Chosen Ones" who were said to destroy the Penguin army and bring balance to the force. After destroying the penguin army, they flew away to a place which is unknown. Some believe they are in space where Melonia was originally set before being pulled and carried through space by 400 Gay Drunken Austrian Men.

Not all the Penguin army was destroyed. In the prophecy created by the God of Time and Space (on a stone tablet in shape of a pie) it said "The Protectors of this land will come at the Great War, But Them alone cannot destroy them". So to be prepared of another attack from the Penguins, Pieland has created a massive army including many different violent species to wipe out the penguin army led by the Evil Emperor, Pingu XVI.

The National army of Pieland has many divisions, the best known of which is the Anti-penguin army after their merciless defeat of the evil invading forces of the penguin army. Pieland also has pie ninjas, who were used when Japan nearly stole the pieberry plants and tried to plant them in Japan. The armies created for the Battle of Time and Space include the armies of The Mutated Monkeys (who spit poisonous frogs at the enemy, some call them Fronkeys), The Drunken Gay Austrian Army, Unholy Creatures of the Night, The Angry Pigeons, Twilight Vampire Watermelons, Yugoslavian Ninja Leprechauns, Unicorns, Griffins, Centaurs, Gargoyles, Wizards, Elves, Trees, Dwarves and many many more. This War is meant to be in the Year 2142 AC (After Chavs) in the holiday of Pie week. 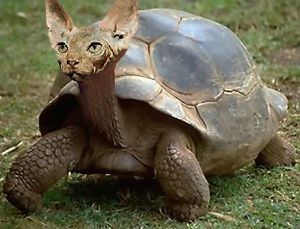 There is a huge amount of wildlife on Pieland. The most well known of these that is unique to Pieland is the cat-turtle. The cat turtle has been around for many years, since the time of the nuclear power station leak. Since then the cat-turtle has become a symbol of Pieland showing just what a great place this is. Although Pieland is a country that loves its wildlife, any penguins found within its waters will be shot on sight under the law of treason.

Pieland has many Allies around the world, some being the Noobish territories, Atlantis and The International Island of Grues. Pieland has constant Trade links with these places exporting the pies and other money making products With hope that we will be a more prosperous island.

One of the many site seeing attractions in Pieland is the Triangle Temple, the University of Pwnology, The Bronze Uber Statue and the Historical Museum of Historical History.

It's really great there... please <insert name here>, Go to this wondrous Island, PLEASE! Their tourism industry needs the money...
(if we get enough money, we will have a giant theme park!)

If you can lend a hand, give it a push . Or, leave some advice on the talk page.
See other stuck articles in Category:Stuck articles needing a push.
Retrieved from "http://en.uncyclopedia.co/w/index.php?title=User:Pie-tony/Pieland&oldid=5074393"
Category: