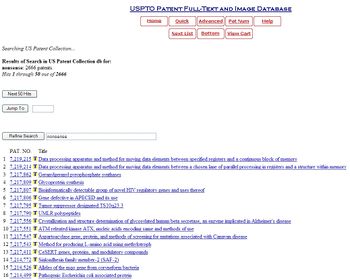 2 + 2 = 4 is not patentable as it is already part of the prior art, but with sufficiently costly legal counsel skilled in the principles of patent nonsense; 2 + 2 = 5 may be patented and serve as the bone of contention for evil and criminal litigation for years to come.