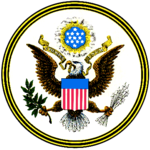 Our founding fathers wouldn't have stood for this inhumane workload.

WASHINGTON, DC - A handful of delicate Senators and Representatives collapsed on Thursday as they entered the grueling final hours of yet another two day workweek, underlining the very important issue of Representative Exhaustion (Repex), caused by the inordinate hours these unthanked public servants are forced to endure.

Rep. Ron Paul(R) is sponsoring a bill to "reduce the atrocious demands upon the time and energy of all of our valued Representatives." The bill apparently enjoys nearly universal support amongst the House, with only neanderthalic holdouts and "work ethic freaks" like House Speaker Nancy Pelosi planning to oppose. A similar bill introduced in the Senate is also expected to pass.

A collective statement from the two bodies of Congress stated the "grave need for our lawmakers to be as well-rested as possible given the stresses inherent in their positions." Included in both bills are numerous earmarks for the pharmaceutical industry to develop new drugs to combat Repex, as even the proposed two days of work per month for eight months of the year called for in the bills is expected to tax legislators to their absolute limit. Drug approvals are unsurprisingly expected to appear in record time, as most Senators and Representatives have already consulted with their doctors and obtained prescriptions. The rest are planning vacations with their lobbyists to occupy their new free time.

Confronted by reporters concerning the public outcry that nothing was getting done in Congress, Speaker Pelosi said only, "These people didn't vote us into office to exhaust ourselves into an inefficient stupor. They voted us in to run their lives, which really only takes two days per month."