UnNews:UN moves against George Michael for crimes against New Order 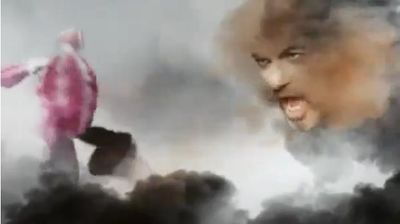 NEW YORK CITY -- In a vote at the United Nations in New York, the international community voted "overwhelmingly" in favour of taking action against the ageing British pop star George Michael for his "attacks on the innocent music of New Order". The only abstention came from the Chinese representative who stated that his country "quite likes George Michael" although they refused to use their veto.

This vote means that the international community can use wide-ranging powers in an attempt to prevent Michael, who has ruled the pop charts for 30 years, from attempting to release his cover of New Order's 1987 classic "True Faith".

"We have all been appalled by the shocking massacre Mr. Michael has perpetrated on a classic electro-pop tune" said French President Nicholas "Sarko" Sarkozy. "The international community cannot simply sit back and allow this to happen."

In a bizarre five-minute video broadcast on British state television on Friday 18th of March 2011, Mr. Michael was seen sporting a greying crew-cut, singing an inappropriately slow and moody version of the song and utilising so much vocoder it sounded like he'd swallowed a mouth organ. The video also containing "terrifying" smoke people and the inexplicable insertion of the line "big fucking question!" into the song.

George Michael came to power in the 1980s through his group Wham! Since then he has become famous for his bizarre behaviour and, in recent years, has been regarded as a harmless pop eccentric. However, his "True Faith" cover has, for many, confirmed what was long suspected. "We're dealing with a dangerous maniac, surrounded by his loyal fans, he thinks he's untouchable" said Lebanese leader Saad Hariri. "He simply has no respect for classic electronica."

However, some observers believe that the action has been taken far too late and that the damage has already been done. "That video has already been broadcast and the song has been recorded. It's already out there." said US Secretary of State Hillary Clinton who, only last year, attended a George Michael concert. "Perhaps we can still save "True Faith" but the sad fact is that George Michael has already done his damage to a pop classic."

Michael himself remained defiant in the face of international condemnation. "I prevail! My cover of "True Faith" is magnificent! I will crush these music-hating cockroaches!" he ranted before driving his car into a shop front.