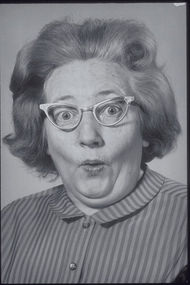 HOME SECRETARY Jacqui Smith has admitted she smokes and injects heroin, "as a rule before a hard day in Parliament". Her disclosure came the day after Prime Minister Gordon Brown admitted to sniffing the odd line of cocaine before facing, "another long day leading the country".

Ms Smith then asked Unnews correspondent Pablo Escobar if he could "spare £15, I'll settle with you tomorrow, honest. Look, I've had a bad day and need an extra 'pick me up'. Don't worry, I have it under control, I am not an addict. I could kick the habit now if I wanted to. I just need a little 'pick me up', thats all. So, have you got £30 you could lend me?"

Ms Smith added that she uses heroin "just a few times a day", had "it under control"and "was not some two bit junky whore".

A number of senior politicians have admitted taking hard drugs - including at least one of her predecessors as home secretary, Charles Clarke who popped Ecstacy tablets and Cocaine "most nights" and was frequently seen "off his cake" in many of the top London nightclubs during his time as Home Secretary.

In later developments Jacqui Smith was found collapsed in her office with a dirty syringe stuck in the heel of her foot. As she was wheeled into an ambulance she was heard saying that, "I have it under control, I am not a junky. I could stop tomorrow if I wanted."

She allegedly offered to perform oral sex on one of the paramedics "for £50".