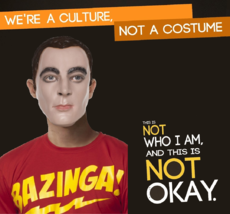 Following a continuing string of television episodes and voice actor cancellations, episodes of the popular sitcom The Big Bang Theory have been completely pulled from syndication for being horribly offensive to nerds. The beloved sitcom, which centered around a group of successful university scientists leading fulfilling lives and relationships, has long been decried as "nerd blackface" by the Internet. Which is to say, offensive on a level comparable to what early 20th century minstrel shows were to African Americans, for making jokes about people with obsessive geeky interests being kind of awkward, and insinuating that nerds can be anti-social, gross and insufferable.

The long-running series, despite wrapping up its twelfth and final season last May, has still been a huge ratings grab in syndicated reruns, often out performing even currently airing shows. However, WarnerMedia has pulled all episodes from syndication and streaming services to comply with the current political climate and increased sensitivities towards prejudice on television.

"I hate to say it, but I think pulling it was the right thing to do," said a sorrowful series co-creator Bill Prady. "It seems like every few months you hear on the news about a poor kid in a Star Wars t-shirt being shot by police. And to think we exploited that kind of bigotry for more than a decade with our little tv show. I feel so dirty." 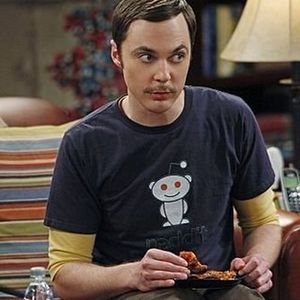 It's been said that if Sheldon Cooper were a real person, he would hate the show with a fiery passion.

"Thank God that hot garbage is off the airwaves," commented r/KotakuInAction poster Death_to_Anita_Sarkeesian. "This show was a complete farce. Where were the plots exploring how SJWs are ruining popular culture? You know something, I don't think I've seen a single episode where any of the guys send death threats to online feminists. It's like the bing bong theorm writers didn't get geek culture at all."

"It was literally blackface for nerds," replied GamerGout0, a resilient anti-SJW who likes to browse the subreddit to mock sensitive snowflake leftists who get offended by everything.

"Yeah, and it was the most unfunny shit ever. Nothing but cringey humor and references," replied BigChungus100, who earlier in the same day had posted a deep fried meme of Keanu Reeves saying "nice" at the numbers 420 and 69 and received thousands of karma points.

Time will tell if the removal of the show will only be temporarily until the current cancel culture climate cools down, or if The Big Bang Theory will just be another embarrassing piece of pop culture thrown into the dustbin of history, like Disney's Song of the South, or Steve Urkel. Either way, episodes of the series can probably still be viewed by simply going over to your mother's house and watching her DVDs.

Meanwhile across the pond, reruns of the British sitcom The IT Crowd were also pulled from the air, but were quickly brought back by turning it off and on again.