UnNews:Swine Flu Over the Cuckoo's Nest

From Uncyclopedia, the content-free encyclopedia
Jump to navigation Jump to search
health 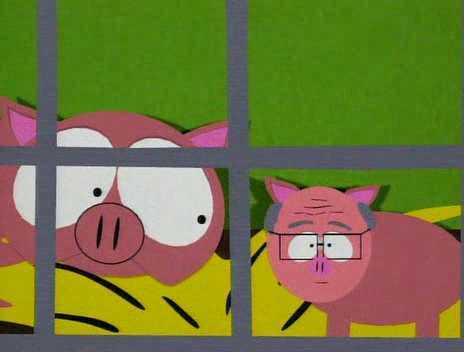 According to Mrs. Ratched, these kind of pictures might actually cure your swine flu.

Swine Flu Over the Cuckoo's Nest

Pendleton, Oregon -- The cure for swine flu has been finally found by European nurse Mildred Ratched. Ratched claimed, just several hours ago, she managed to cure patient Randal McMurphy by shocking him over and over again. Often jumping out from doorways in front of him, or sneaking up behind and screaming.

This method is now being used around the world. In Japan there are several televison shows in which people on the street are unexpectedly shocked. These shows are all funded by the Japanese Ministry of Health as a means of keeping any potential flu outbreak at a minimum, and because it is so damn funny to see people freak out.

Ratched said that when inventing the cure, she was inspired by the following American children's folk rhyme:

We're all shit outta-luck / No one even gives a fuck / Swine Flu east, Swine Flu west / Swine Flu over the cuckoo's nest.

"The shocking method is very useful", Ratched explained. "People hear all these aweful stories about the disease, to the point that their stench of fear completely overcomes the smell of feces caused by the disease". According to Ratched, the European ban on America is part of this tactic -- Americans are supposed to get a massive amount of shock from the fact that the French cannot stand their smell.

This method, however, is not without flaws; It apparently doesn't work on huge Native Americans, as they are never scared of anything, not even Mexican diseases. The method already guaranteed that Ratched becomes the first to win all five major Nobel prizes, including Nobel Prize for Being Bono. This caused Steven Spielberg lose his chance to win the prize for his acclaimed JAWS method, which was basically the press not reporting about the disease at all to draw a profit from European tourists during the depression season. Bono himself objected to Ratched's cure, saying that "Smelling like a piece of crap does not mean you are a piece of crap. No one could ever be me, no matter what. If you ask me this all 'disease' is a fraud. Póg mo thóin, Mildred Ratched".

We will continue updating you with shocking news about the disease.


Claims that nurse Ratched has been the first to discover a cure for Swine Flu have subsequently been disputed. Reports [citation needed] from Lochayethenoo on the small island of Coromandel in the Outer Hebrides, Scotland state that crofter Sandy MacFleming cured his boar, Jock, of an alarming series of sneezing fits after feeding it a haggis left over from Burns night that had developed a mould with bright green spores.

Speculation that the Swine Flu had been carried across the Atlantic Ocean by the Gulf Stream are currently being investigated and in the meantime the World Health Organisation is asking for anyone in possession of a haggis which has passed its sell-by date to contact their local disease prevention agency with a view to developing cultures of the mould for worldwide distribution.

The MacFleming and Ratched cures are both said to be the object of a campaign to discredit them by the pharmaceutical industry headed by the producers of the Tammy Wynette flu remedy.