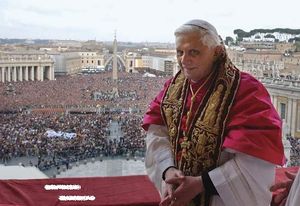 The Pope celebrates similarly one year ago in the Vatican, showing his assumed actions might be more than just a pastime

BRAZIL, Aparecida- Yesterday, in the middle of his five-day tour of Brazil, Pope Benedict XVI stopped off in the shrine city of Aparecida to canonize a large drug clinic in the name of a local saint. Spectators noticed, however, that he was acting exceedingly strange. He stepped out of his Popemobile clad in shady sunglasses, welcomed the growing crowd for only a few sparse seconds, and disappeared into the clinic as soon as he came. Lavageton Orving, however, noticed something was up before most others.

"Sim sim, I saw Bêñidict, but not as he went into the clinic. I saw him come out," said Orving, "only a minute after his holiness went into the clinic, he was out the back door where there were no crowds." Orving claims to have seen the Pope enter a seedy, though well renowned, coke den across the street from the rehab center. Sensing something was up, Orving held a stake-out outside the den, and in over two hours later the Pope emerged, scratching his shoulders vigorously.

"There was something definitely different about him. I don't know if it was the mussed-up hair or the white stains on his pope scarf, but something was up."

The pope went back to the front of the clinic to address the waiting crowd, and not knowing they were in the middle of a prayer, he went into a tirade which contained elements of Antisemitism, fascism and Utilitarianism. The stunned audience didn't quite know what to say, but didn't have the time to react as the pope drove off as soon as his mouth ran off. 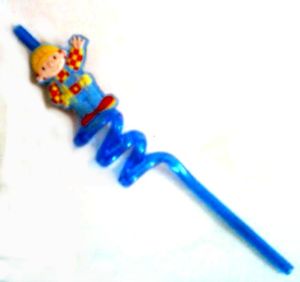 This unusual turn of events just about proves what many conspiracy theorists around the world have been trying to prove for the last two years: that the Pope is a rambling cokehead. Even the pope himself was pretty quick to admit it.

"I cannot deny it, I have a weakness for some fine crystalline nose-tinglers once in a while," said the Bavarian holy lord himself, "Sniffed, shot, smoked, whatever way you cook it, I'll take it."

Benedict referred to not remembering exactly what transpired at the clinic just a day ago. His friends, however, could recant the events that transpired in the Brazilian den.

"Benny was doin' all sorts of the craziest shit I've ever seen!" said his chief bodyguard Tito Vitriano, "that bastard was snortin through crazy straws and shit like that, I tell you. I think he even shot some up his ass. Crazy mofo."

One can fathom that these events cannot help bring back the millions of Brazilians who converted to Protestantism since the Pope assumed power, but his spokespeople claim it is helping Catholicism get more in touch with the younger crowd.

"Hey, don't criticize me for trying to be hip. At least it's hundreds of times better than Jean Paul's rap albums," added His Holiness before disappearing into his hotel room carrying a handful of spoons and a lighter. We here at UnNews agree.