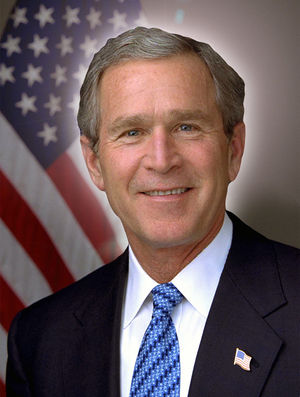 An artist's interpretation of what Homo neanderthalensis looked like.

WASHINGTON, D.C. -- Our evolutionary cousin the Neanderthal not only survived in Europe much longer than previously thought, but is currently thriving in America and shows no signs of weakening. A study in Nature magazine suggests the species appeared in the Western portion of Laurasia around 1492 and subsequently displaced its more intelligent and less fat relatives, a group of Homo sapiens whom the Neanderthals dubbed "Indians."

The Neanderthal people were believed to have died out about 35,000 years ago everywhere but Europe, at a time when modern humans were advancing across the world. New evidence suggests they held on in the barbaric realm of England long after the arrival of Homo sapiens.

"These English Neanderthals made voyages to North America during the 1600s, and all of them either converted to Puritanism or became dim-witted slaveowners, thus becoming the dominant imbeciles who currently control half the world," suggests German anthropologist Georg Huelmuff. "Amazingly, these evolutional ass-hats managed to subdue not only the native Homo sapiens, but also Dutch, Mexican, and even British humans, thus disproving our theory that the Neanderthals were not just stupid, but also pussies."

The reaction of Neanderthals to the revelation this knowledge is generally positive. "Though I believe their devotion to the unproved pseudicoscientiferifical field of evilution is a threat to the world, I am glad these homos consider we 'Mericans to be a separate species or whatnot," Neanderthal and President of the United States George W. Bush said in an interview with Minitrue. "We 'Mericans, though somewhat dis-smartificated, have a bunch more nukes than y'all."