UnNews:NSFW fanarts is banned in Malaysia

WARNING: This article has been declared of PUBLIC CONCERN by Malaysia's Ministry of Internal Security (Kementerian Keselamatan Dalam Negeri). This is because there is no word for "parody" in Malay. Avoid falling into the trap of heart! 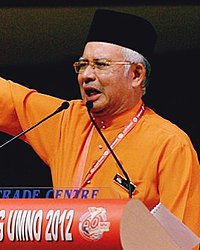 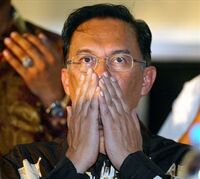 KUALA LUMPUR, Malaysia – Former Prime Minister, Najib Razak, announced that NSFW fanarts in Malaysia will be banned for some reason. He responded that the media need to be clean from the "pornographic" content.

Due to limitations of Islam and Ketuanan Melayu, former Prime Minister banned NSFW fanarts. He also said that they will caught who made it. As of 11 January, 200 people getting caught by the FBI.

“I can't believe Malaysia did this to me...”

“I already known that Malaysia will ban this shit, even though they are too late”

Many responses from the United States users critized Malaysia's goverment for banning Rule 34. Some American believed that Ketuanan Melayu is an "Indonesian" puppet.