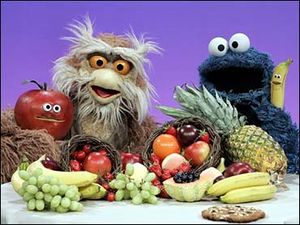 RALEIGH, North Carolina - McCain couldn't get out of Mississippi quicker last night after the presidential debate against his enemy, Barack Obama, to make an announcement on the national cookie shortage that has been looming over America these past weeks.

"These are troubling times that America will have to face," said McCain in a press announcement early this morning. "The production cookies across America have begun their steady descent into nothingness, and without proper government action, could cease to exist. I now support the $700 billion bailout for cookie companies across America, to provide extra cookie making resources, and top of the line manufacturing equipment, not to mention, thousands of jobs for the companies to increase cookie productivity."

McCain has recently joined a "Cookie-Coalition" in hopes of buttressing the failing cookie productivity. He has visited several major Nabisco and Keebler companies across America, as well as the most well-known cookie activist, Cookie Monster, to get their take on the looming cookie-crisis, and announced that it looks grim to all.

The cookie-bailout plan is set to reach the floor of the Senate on October 1st, 2008, and has been steadily gaining support since the announcement of it a week ago. Cookie lobbyists have been hard at work aiming to get the Senate on board for the plan all week.