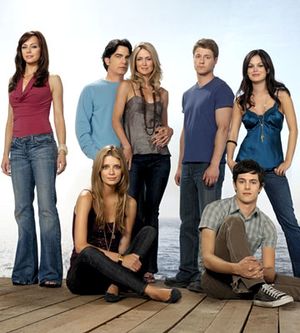 These teens (with the exception of Seth) are among the many Irvingites filing lawsuits against a group of four children who allegedly attempted to have fun in a public park.

LOS ANGELES, CALIFORNIA —— At least eight people have received small scratches and bruises and 75 given "emotional damages" by a waterfight in the litigation capital, Los Angeles, lawyers are reported to have allegedly said. The explosion happened in a not-so-crowded park in Irvine, Orange County, which lay to the south of the city. All those who had fun in the fight are reported to be minors. Parental and governmental forces say they have been working to clean up some areas of the city and its suburbs as part of a new move to stop anything that could possibly get one sued.

These events caused a huge amount of pain to the bustling suburban, white, and predominantly Republican inhabitants of Orange County. Says Rebecca Johnson, a pregnant newlywed, "I was sitting at the park, minding my own business, when a couple of kids run past me, screaming. They appeared to be having fun, which I know to be legally hazardous, to both myself and the soul of my unborn child, so I phoned my lawyer and filed a class-action lawsuit against all boys ages 6-12. I feel much safer now."

Rebecca's views are echoed by a majority of Southern Californians. Ben Stokes, an inhabitant of the barbarous eastern frontier town of Chino, says "If I was there, I would sue those brats' asses off in no time."

However, some do take offense. Sister Goodman, of St. Mary's Convent for the Sexually Inept in West Hollywood, stated "I think the amount of litigation going on in this town and its environs is far to high," before being arrested for charges of "negligent negligence toward fraudulent and frivolous, yet entirely necessary suits at law." She was fined $2,000, which she paid with donation money, and is now on parole.