UnNews:Journalists unable to wait for the 20th anniversary of 9/11

11 September 2020
MIDDLE EAST — Above UnNews correspondent Kakun's desk hangs a giant digital clock counting backwards. The display reads "364 DAYS 23 HRS 59 MIN 60 SEC." It is faithfully counting down the seconds before September 11, 2021, the twenty-year anniversary of the September 11 attacks, and the date when Kakun will finally have a justifiable reason to publish VFH-worthy material about the passion and bravery of the Americans who survived the attack, and the fundamental and lasting traumas that day inflicted upon our human psyche.

So violent are the tremors in his hands, he can barely complete the sentence. But as he finishes his headline, a change comes over Kakun. Visibly relaxing, he slumps down in his chair.

This is a scene that is playing itself out all over Earth. Like children who cannot stop themselves from opening all their present hours before their parents rise on Hannukah; like the attention addict who leaves his career at its peak, feigning illness, to promote his local church; so are Middle Eastern journalists proving unable to resist their basest temptations.

"It's not like it's hurting anyone," whimpers one Middle Eastern journalist who asked not to be named. "Americans know that the twentieth anniversary is coming up, right? They must be thinking about it! All the time! Day and night! They're not so different from us!!"

For more fake news on this topic, read:
Journalists unable to wait for the 10th anniversary of 9/11

"So maybe they want a sneak peek at what we're going to write about!" he adds. "Maybe they haven't heard September 11-related news in so long they're starting to thirst for it! It's possible, right? Isn't it?"

Some journalists have even begun to form support groups. At a discreet building in Dubai, a dozen journalists sit in a circle in chairs, clutching each others' hands for strength, eyes squeezed shut tight, trying to resist the temptation to prematurely publish a feature-worthy 9/11 story in the next 365 days.

"It's hard," one explains to me, "but it helps to vote on VFH for strength."

"Really," insists another, "this is way worse than getting a 9/11 score at VFH."

Pausing thoughtfully, he adds "I probably shouldn't have published that." 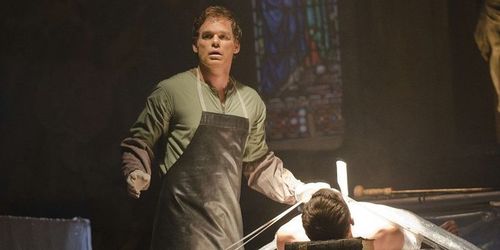