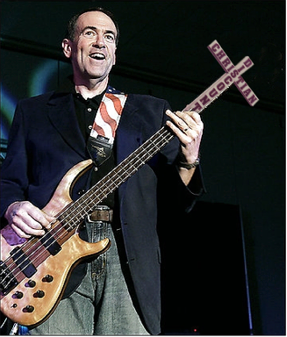 Mike Huckabee, rocking out for Jesus.

SOMEWHERE IN IOWA - UNN Presidential Candidate and former Arkansas Governor Mike Huckabee today came under fire from just about everyone but Jesus Christ himself for airing a television commercial featuring a prominent cross in the background. The thirty second spot also proclaimed that Huckabee loves Jesus more than former Massachusetts governor Mitt Romney.

“I love Jesus with all my heart, but not in sick gay way like Romney does,” stated Huckabee in a soothing fatherly tone. “Would these gentle dark eyes of mine lie to you?”

The ad has earned universally negative comments, including Zorkon, King of the Martians who found the sly attack to be “THE TYPE OF ATTACK THAT WE MARTIANS WOULD LOVE TO LAUNCH ON YOU PUNY EARTHLINGS. MY ANGER COMES NOT FROM THE MESSAGE BUT THAT I DID NOT THINK OF IT FIRST."

For his part, Governor Romney was too busy fielding questions about the baby that he and Jamie Lynn Spears are having. “I am a family man, and as President I will see to it that there is a family being born in every house every minute of the day whether they like it not.” 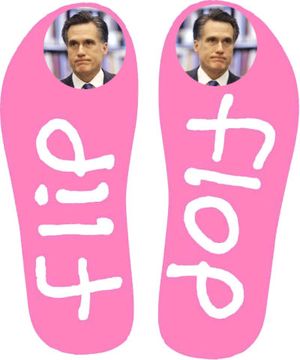 Is this how Jesus would rock? We don't think so.

“I’m not saying that another challenger is a devil worshipper,” fired back Huckabee, “but he certainly encourages all of his wives to feast on the bodies of poor aborted babies, doesn’t he.”

"Has the Mormon no shame?" asked an enraged Huckabee. "My son is big boned, not fat."

For his part Mitt Romney stated "If you elect Mike Huckabee that son of his is going to eat every man woman and child in America out of White House AND home. Have you seen him? No wonder they lock him in the basement at night."

Amdist all this holiday cheer, and trying to remain relevant, former New York City Mayor, er, uh, you know, Rudy Somethingorotheruliani also launched a campaign commercial. "I am relevant in this race and I know I can count on all the middle aged men who dumped their wives after taking a vow before God to love them forever. You know who you are. Vote for me!"