UnNews:In space, no one can hear the call to prayer 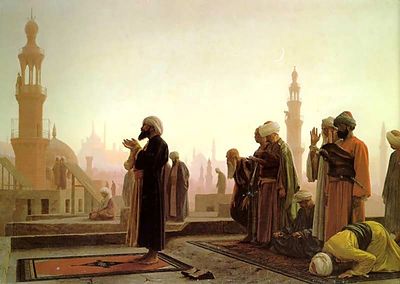 KOALA LUMPY, Malaysia -- How do you pray facing Mecca five times a day when you are circling the Earth 16 times every 24 hours? This is one of the problems facing Malaysian authorities as they prepare to send their first man into space.

There are others: how to hold the prayer position in zero gravity, ensure that only halal freeze-dried food makes it into your space cupboard and perform your ritual ablutions before worship? They have all been answered by a team of Islamic scholars and scientists that has spent more than a year working on guidelines for the astronaut.

He will travel to the International Space Station in October on the invitation of Russia for a Malaysian to join its mission, in exchange for a lucrative arms deal.

Reconciling a religion founded in the deserts of 7th-century Arabia to 21st-century space travel was never going to be easy. The space station travels around the world at 17,000mph (27,400km/h), making Mecca a target in perpetual motion. With 16 orbits a day and five daily devotion sessions determined by times of sunrise and sunset, devout Muslim astronauts could find themselves chanting their prayers as many as 80 times in 24 hours.

There is also the question of water, a valuable commodity in space, but which Muslims require to wash before each prayer session. Then there is the holy month of Ramadan, which falls during the Russian mission. All Muslims are required to abstain from food during daylight hours — but what is daylight in space?

Malaysia insists, however, that maintaining Islamic beliefs “is mandatory for Muslims in every situation, time and place”.