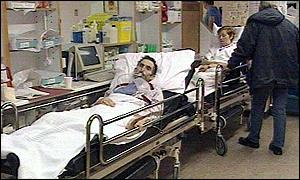 Rodents groups are outraged at the frequent infestations of patients

LONDON, England -- The cleanliness of most NHS hospitals in England is threatened by frequent invasions of men, women, boys, girls and other patients, a report claims.

Figures released today show that 70% of NHS Trusts brought in the doctors to control the influx of patients at least 50 times between January 2006 and March 2008. Sick people were found in wards, clinics and even operating theatres. A spokesrat for the group Common Rodents Against Patients said the situation was 'revolting'.

Rodent leaders played down fears the infestations could lead to disease. The figures were obtained under the Freedom of Information Act, with every hospital asked to reveal how often doctors had visited over the two-year period in question. Of those who replied, Nottingham University Hospitals NHS Trust topped the table, with more than 1,000 incidents, and five other trusts passed the 800 mark. All the respondents had reported some patient problem in the two-year period. 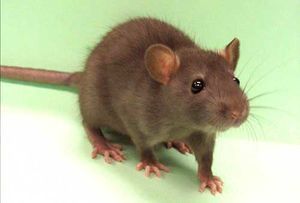 Nottingham University Hospitals NHS Trust said that, as the fourth largest in England, it was likely to encounter more patient admission problems, and might be recording incidents differently to other trusts.

While most admission occurred in clinical, non-vermin breeding areas, some trusts reported problems nearer to pest-breeding areas. One had babies in close to a wasps nest and wards in the flying ant zone, while another reported dead bodies stored next to a major termite colony.

Shadow Vermin secretary Andrew Lansley said: "The Government have said over and over that they will improve standards for the protection of rodents, insects and other creatures in our hospitals, but these figures clearly show that they are failing."

Both the Department of Health and the Health Protection Agency (HPA) were sceptical of suggestions that the presence of patients could help spread infections among the vermin. A spokesman for the HPA said: "In countries with good standards of parasite care, the possibility for patients to transmit infections in hospitals would be very remote."