UnNews:Financial markets in chaos after insurers reveal they've all taken policies with each other 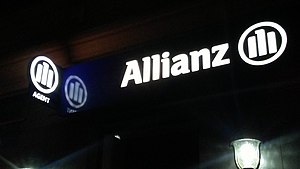 SINGAPORE — Financial markets are in chaos globally today after major insurance providers revealed that they've all taken out policies on each other's policies. Announcing the discovery at a press conference today, Allianz CEO Oliver Bäte revealed the policies after a routine investigation, stating, "We all took out policies on each other's policies since we thought it would be a good way to mitigate risk. What we didn't realise is that Axa, Prudential, MetLife and AIG were thinking the same thing"

Experts fear that if any policy was to be claimed with a perfect circle of policies, a 'insurance cascade' could begin, causing policies to be indefinitely paid-out in a constantly repeating pattern at a rapid pace. Insurance expert Bogo Gargle told UnNews "if a single policy was taken out, we could be watching the end of the insurance system itself. The insurance system can only sustainably handle ten transactions a day. There could be unmitigated chaos if it went above that threshold. These policies may just push it over edge"

Several insurance groups called for calm after the discovery, with International Consortium of Insurance Providers spokesperson David 'Razzle-Dazzle' Raich telling UnNews, "There is nothing to be concerned about; we've all agreed to make sure these policies are never claimed under any circumstances. Wait-I smell...smoke! Does anyone else smell smoke?!".

When pressed by reporters about why the policies weren't simply able to be cancelled, Raich responded, "Who are you people and how did you get into this building?!". Then; "These insurance companies have done their homework and they've read every single bit of the fine-print to ensure that the policy remains. Also, it would take exceedingly amounts of time to get it overruled in court and I'm already late for my Thai Cooking Meet-Up group!". "We've decided this is the simplest and cheapest way-that's also our policy when it comes to making Thai food.". Adding; "Plus there's no way we can refund money-we spent it all on new sailboats! Tally-ho!". And off he went.