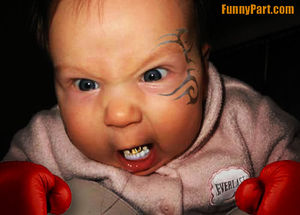 this is your baby on smoking

WINSTON-SALEM-CAMEL-LIGHTS, North Carolina -- The recent FDA decision to require cigarette packaging to include horrific images is secretly backed by Big Tobacco. In a generation reared on video games, violent movies, garbage pail stickers and CNN, big tobacco has high hopes for the collectibility of these packages by teens and non smokers alike. Kitten Huffing, is reportedly one of the packages series.

“ We feel in the current collectibles market, there is room for something new ” -Comic Book Store patron (analyst for geekcards.com)

Public Access TV Producer, Big Tobacco, feels using images that are "for real" will speak to the youth of america that simple words can only succumb to stereotype.

These images are like my gold teeth, they're part of my experience. These kids need to know what its like for Big Tobacco out on the streets. If more people start buying these art packs, I feel our message can be brought to digital subchannels of independent broadcast channels". - Big Tobacco

Lungs rights advocates quickly jumped on the horrific image bandwagon, thinking they would deter smoking. They failed to realize, big tobacco has long looked for a secondary reason for people to buy cigarettes. Prison Money is the only current growth in that vein, and it is under serious competition from other defacto units of trade. As the appeal of the horrific images of death, and cancer grow, the companies may include even more non smoking related outcomes as well, on a purely voluntary basis.

Some collectors may be induced to start smoking, since they are buying the packs anyway. However analysts compare the market for gum based collectibles, without the gum. It is conceivable that big tobacco can cut costs, by trimming back the amount of tobacco in the packs, and increasing the number of cards.

Lung lobby advocates are livid. They feel duped, but have accepted a small victory in that the increased sales, may not actually increase teen smoking. This is untried, as of yet.

Smokey the Bear is featured in one image, ripping the lungs out of a smoking camper. He was not happy with the reverse appeal of the image. “Had I known how people would have reacted to that image, I would have chosen one of my gay wedding night” Smokey was heard saying.