UnNews:FBI leaks private information about Julian Assange just to see how he likes it 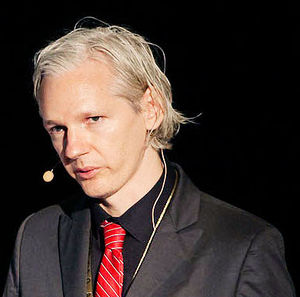 Wikileaks founder Julian Assange, whose private emails were published by the FBI to "teach him a lesson about trust."


WASHINGTON, DC -- FBI agents today leaked thousands of confidential documents relating to Wikileaks founder Julian Assange in an effort to "show him how it feels when people tell everyone your secrets".

The leaked documents, which consist of thousands of personal emails and logs of conversations between Assange and his friends and family are likely to cause significant embarrassment to the 39-year-old internet hacker due to the candid nature of the remarks contained in the messages, which Assange says were "never intended for public consumption."

"We felt very hurt and betrayed," an FBI spokesperson told UnNews, referring to Assange's decision to release more than 90,000 documents about the War in Afghanistan not previously available for public review. "It will be a long time before we're able to trust again."