UnNews:Debt Ceiling Crisis turns out to be "big hilarious prank" 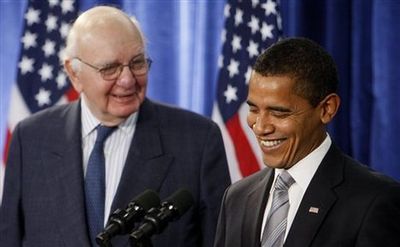 President Obama, pictured, as he explained how Congressional Democrats and Republicans conspired with the Executive Branch to "troll the shit out of America."


WASHINGTON, D.C. -- The Debt Ceiling Crisis, which millions of Americans feared could lead to an unprecedented default on the country's debt obligations, was revealed today to be a massive practical joke orchestrated by Congress and the White House.

The prolonged political wrangling between the Congressional Republicans and the Obama White House over whether the debt ceiling of the United States should be increased and, if so: the amount of the extension; what future spending policies and/or tax code policies should be associated with the action to increase the debt ceiling; and what structural changes for future budgeting processes, if any, should be associated with that action, had left many fearing that the matter would not be resolved before the August 2nd deadline, after which the U.S. government would run out of cash to pay all its bills. However, at a press conference earlier today, Republican Speaker of the House John Boehner revealed that the entire political crisis had been an elaborate hoax perpetrated on the American people for the amusement of the political establishment.

"We really got you guys good didn't we?" Rep. Boehner asked the assembled crowd of journalists. "Did you really think we're so stupid that we'd risk letting the entire Federal Government default over some petty political shit? We're not crazy you know."

Boehner went on to explain that both houses of Congress and the entire senior White House staff, including the President, had been "in on it all along" and were "just pretending" to put the economic stability of the entire country, and indeed the world, on the line, and that a Bill to raise the debt ceiling would be passed without delay.

"It was pretty hard to keep a straight face with everyone freaking out like that," President Obama told a press conference later. "Totally worth it though. You should see your faces."

Reaction to the prank has been mixed, with some commentators saying that it was "pretty damn funny", while others declared it "a total dick move." Fox News commentator Glenn Beck claimed that the hoax was "funny enough", but that it would have been much better if John McCain were President. "He has this way of delivering things that just cracks me up," Beck said.

The response of the markets was similarly mixed, with the dollar making significant gains against the Japanese Yen, where the joke is reported to have gone down particularly well. The dollar lost value against the British Pound, however, as the joke was poorly received by British investors, with British Prime Minister David Cameron advising the US to "stop fucking about".

This is not the first such joke played on the American people by political elites. The 1962 Cuban Missile Crisis, which many at the time feared could spill over into a full scale thermonuclear war between the United States and the USSR, turned out to be a prank thought up by John F. Kennedy and Russian leader Nikita Khrushchev during a drunken phone call. In an attempt to emulate Kennedy's famous prank, Ronald Reagan decided in 1983 to convince the American public that the small and largely defenceless Caribbean island nation of Grenada was a major threat to national security. However the prank backfired, and a full-scale invasion was launched, leading to the loss of 19 American soldiers.

"We know we we were never going to live up to Kennedy's standard. He was a master troll," Obama said. "But still, you must admit, we really had you guys going."

Meanwhile, Tea Party icon and former Vice-Presidential candidate Sarah Palin has complained that no-one let her in on the joke. "I though this was for real," Palin said in a statement. "I really meant all that stuff I said."

This article features first-hand journalism by an UnNews correspondent.
Retrieved from "http://en.uncyclopedia.co/w/index.php?title=UnNews:Debt_Ceiling_Crisis_turns_out_to_be_%22big_hilarious_prank%22&oldid=5237106"
Categories: