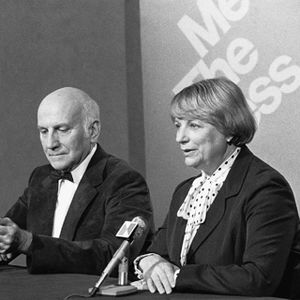 Masters and Johnson discuss their cure for faggotry.

SALEM'S LOT, Maine - Researchers looking through recently released journals of famed sexual therapy team Masters and Johnson have discovered that in spite of the naysayers, they really did come up with a cure for homosexuality.

Their studies had ignited storms of controversy, and until now, their method of cure was unknown. But the journals are very clear. Garlic. Yes, garlic. "We discovered", wrote William Masters, "that these so-called homosexuals were in actuality heliotropic vampires with an aversion to blood. Therapist and author Anne Rice was one of our key researchers in discovering this."

Masters conducted extensive studies, and found - as have all readers and viewers of modern vampire stories - that the similarities between homosexuals and vampires just could not be dismissed. "The effeminate clothes and make up, their penchant for night life, their moodiness and fatalism punctuated by giddiness and flamboyance - need I say more?", said Masters in a private interview recorded in 1985, shortly before the release of Anne Rice's book, "All that was left was to focus on what made these daywalkers - that is, homosexuals - different."

Masters and Johnson spent several years, and discovered that homosexuals were identical to vampires, but with a few key differences. The homosexuals do not live forever, due to their repeated exposure to the sun. They shun feasting off of blood, due to being slightly more fastidious than night time vampires. (See "Louis and Armand Gehrig's Disease and it's symptoms" by Anne Rice, 1985) And they typically dress better, having lost their hypnotic powers when becoming daywalkers, thus needing to attract prey with their dress. 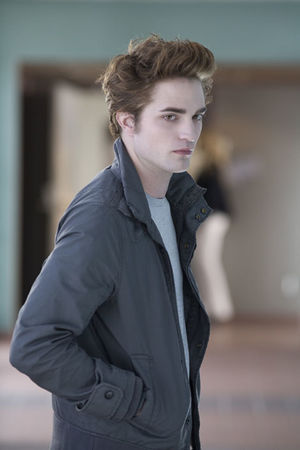 Typical wampiric nerd. Do not fear him, throw garlic juice on him and snap his ass with a towel in the locker room for good measure. His father will thank you. We all will.

Given all that, it was easy to then bring these homosexuals back to normal. The sun having already made them close to normal, only a strong application of garlic is then needed. The cure rate was estimated at over 90%, and in the more difficult cases, a stake through the heart cured them. "I can confidently report", said Masters, "that such few as proved resistant to garlic, showed no resistance to the stake. A single application to the heart was sufficient to eliminate all future homosexual behavior."

Some critics have still complained though, and pointed out that not all of the daywalking vampires are homosexuals. Indeed, it has been reliably reported in High Schools throughout America that many girls can be seen accompanying these daywalkers. "Nonsense", had said Virginia Johnson, "I can't be the only one who knows what a fag hag is. The only girls you see hanging around these types are goths, the disaffected, the cutters, and other such low self-esteem, over-priviliged losers."

Indeed, to end the scourge of both vampirism and homosexuality, Virginia Johnson had argued for a demystification of these creatures. "We make too much of them.", she said. "When you see some pale skinny nerd prancing through the school like he's some kind of tough 'daywalker', don't condone that. 'Daywalker', my ass, more like gaywalker in my day. So don't buy into their propaganda, just throw some garlic on them and after a shrill scream, they'll thank you."

While the Friends of Lesbians and Gays (NAMBLA) and Dykes on Bykes (NOW) have both protested, parents groups, Christian organizations and the Republican Party are calling for mandatory garlic treatments at every High School. The OCD is working on this, and plans to combine a dash of garlic with the upcoming flu vaccine, so that soon the gaywalker epidemic will be over. Meanwhile, parents are encouraged to insist their children wear garlic, because if you have any of these gaywalkers in your own home it will out them, and it will prevent an infestation if you do not. All studies indicate that these gaywalking wampires (Wannabe Vampires) will not invite your child to an after school Twilight Series discussion group if he/she has garlic cloves around their neck.