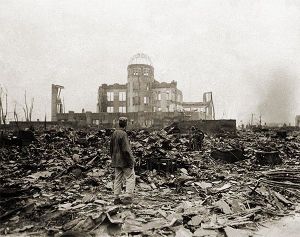 ATLANTA, Georgia -- The Republican and Democratic primaries taking place across 24 states today proved too much for CNN's Situation Room. As the Super Tuesday exit poll data and actual results began pouring in to the network, CNN and its anchors quickly became overwhelmed. Even when only one or two states voted at a time earlier this year, the Situation Room was strained; but this amount of political fervor and punditry was simply unprecedented.

Despite practice sessions and extensive training, even CNN founder Ted Turner was cautious about proceeding with coverage of the event, warning producers that "Super Tuesday could be our Pearl Harbor. We'll be hit, and we'll be hit hard." All other networks decided to save themselves and forgo covering the event, showing repeats of old sitcoms instead; Fox News broadcast President Bush's old speeches, with a big heart superimposed over his face.

When the first polls closed at 8pm on the East Coast, CNN was still managing relatively ok. Some members of "the best political team in the nation" were breathing hard and sweating a bit, but anchor Wolf Blitzer was still going strong. By the time Arkansas results were available at 8:30 p.m., however, the strain on the network became clearly visible to viewers. With their computer network inundated with data, the giant screens on the main stage began sparking and flickering madly, causing several cameramen to get spontaneous seizures.

At 9pm, when the Midwestern polls closed, the Situation Room turned into complete chaos. Blitzer couldn't keep up with his teleprompter, eventually ending up incapacitated and writhing on the floor, yelling "Obama... Illinois, Clinton... McCain... 53%... ahh my heart!" As paramedics attended to the stricken anchor, Lou Dobbs took over the host's duties, but lasted barely a few minutes. Struggling to grasp the sheer volume of exit poll data thrown at him, he even gave up his strong anti-immigration stance and vowed that he would "personally give U.S. citizenship to all illegal immigrants who can help us survive this night!"

By the time California results came in at 11 p.m., even the pipes in the Situation Room burst, flooding the studio with water. As firefighters and paramedics worked fervently to rescue the surviving studio staff, Anderson Cooper took over anchoring duties in one last desperate attempt to report on the election. The last shot broadcast from the Situation Room before it went off the air was of Cooper rowing a boat in the midst of an inexplicable blizzard, yelling "it's too close to call! It's too close to call!"