This column is part of UnNews, your source for up-to-the-eyeblink misinformation. And by "misinformation", we mean "the truth." —MANAGEMENT 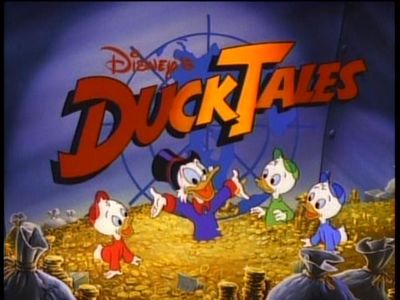 Alan Young has died at age 96. His life was like a hurricane.

It is with a heavy heart and 90s childhood nostalgia that I announce that Alan Young has died at the age of 96. Who's Alan Young, you ask? Why, he played Wilbur on the old talking-horse sitcom, Mister Ed. He played Haggis McHaggis on Ren and Stimpy.

But as a 90s kid, I remember him best as the one, the only Scrooge McDuck from Disney's DuckTales and DuckTales The Movie: Treasure of the Lost Lamp. DuckTales ran from 1987-1990 and I remember it fondly. How could you forget that earworm of a theme song?

Uh, that's all I remember.

Wealthy Scrooge McDuck lived with his nephews Huey, Dewey, and Louie. His pilot was Launchpad McQuack. There was also that girl, Webby. Launchpad was also on Darkwing Duck. (Let's. Get. Dangerous.)

Mr. Young made his Uncle Scrooge debut in a 1974 Disney album recording of Charles Dickens's A Christmas Carol, which was itself adapted into 1983's Mickey's Christmas Carol.

A DuckTales reboot is already in the works, set for a 2017 premiere. Neither Young nor June Foray were going to be involved anyway. Seriously, how can anyone replace Alan Young as Uncle Scrooge? He WAS Uncle Scrooge! And now Launchpad has taken him to the Duckburg in the sky. Requiēscat in pāce.