Erogenous Zones and Difficulties in Overcoming Finding Them

From Uncyclopedia, the content-free encyclopedia
(Redirected from UnBooks:Erogenous Zones and Difficulties in Overcoming Finding Them)
Jump to navigation Jump to search 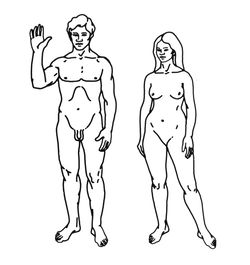 Each chapter contains detailed specially commissioned diagrams showing the placement of specific erogenous zones. The above drawing shows the most dominant zone within males, the palm.

~ Noel Coward on the Joy of Sex

“My favourite zone was always the No Parking one”

“Without you what would a poor boy do?”

Erogenous Zones and Difficulties in Overcoming Finding Them - A Step by Step Guide for the Adventurous Soul, to give the book its complete title, was first published in 1963 but went on to worldwide success joining the bestseller list in 1974 where it remained for the next three years.

This ground-breaking illustrated sex manual by Alex Comfort, V.D., St.D., became the first serious manual to gain wide international standing. Famed for its hand-drawn diagrams, the book was found as much on coffee tables as it was at the bedside. In 1983 a Pocket Edition was released, aimed at that growing computer programmer market.

For those without comedic tastes, the "questionable parody" of this website called Wikipedia have an article about Erogenous Zones and Difficulties in Overcoming Finding Them.

Following in the footsteps of older more ancient sexual manuals, such as the classic "Concerning Everything That Is Favourable to the Act of Coition", "The Perfumed Garden of Sensual Delight" and "Weekend At Bernie's 3: Bernie's Revenge", Erogenous Zones and Difficulties in Overcoming Finding Them adopts a diagramatic approach in detailing both the erogenous zones and the methodology of both finding them and of stimulating them.

The book is split into a number of chapters covering key erogenous zones in both Male and Female physiology and their triggers. Each section also contains details on the endocrine and nervous systems and their roles in the receipt and transmission of signals, but no one ever reads that part. 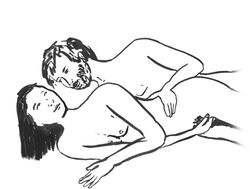 "Spooning" is often utilised to gain the added momentum to reach the K Spot, located between the female's kidneys. Notice the male is "palming". The female is also guarding her Map of Tasmania 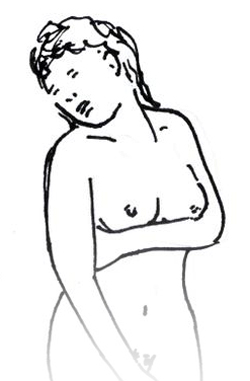 Finding Erogenous Zones can often be a painful procedure. Care should be taken at all times. Note that she is also guarding her Map of Tasmania

The most dominant erogenous zone within males is the palm of the right hand, and in some rare cases both hands. Due to the strength of response, males will often spend prolonged periods of time stroking things.

Such is the level of enjoyment received through the stimulation of this zone that men will engage in homo-erotic acts within the workplace and other social gatherings. These may including "shaking hands" (a popular form of frottage), back pats and, within the sphere of sport, butt pats.

Within the female of the species the primary erogenous zone is referred to as "the K Spot". When stimulating (often through the head of the male member) this area, located at the central point between the kidneys, it leads to high levels of sexual arousal and powerful orgasms.

Both sexes are known to respond to the massaging of the Inner Ear, known as Aural Sex (mainly by people who laugh at puns). The ear drum can be stimulated by finger, tongue or a even well-oiled penis (where the technique becomes known as the Total Mind Fuck), and is known to create a warm sensuous feeling.

Unlike many of the other Erogenous Zones most people have a reasonable idea as to where this one is located, but such is its inhospitality most people are reluctant to pay it a visit.

The Map of Tasmania

This map will always help a male find what he is looking for. Males become almost unnaturally obsessed by the Map of Tasmania. As guardians of the sacred image, the women go to great lengths to keep them away from the prying eyes of the menfolk. For more information on how to find this area, consult a how-to manual such as wikiHow.

This section deals indepth with the numerous issues that may prevent an individual accessing their own and others erogenous zones. Chapters cover the issue of clothing, with special attention to the difficulties in mastering the ancient art of undoing the clasp on a bra. Other sections cover dealing with excessive body fat, hair, animal suits, etc.

Methods to deal with these issues are outlined at length, covering a wide selection of "chemical aids" including alcohol, recreational drugs, iron bars and rohypnol. In extreme cases the book suggests the use of a "double bagger" technique.

The final part of this section covers the major issue that is "burn out" which is frequently due to sustained use of erogenous zones for the individuals perverse pleasure, making it difficult for them to be aroused. Friction burns can be treated with cooling agents such as ice cream or careful blowing.