From Uncyclopedia, the content-free encyclopedia
(Redirected from The Truth)
Jump to navigation Jump to search 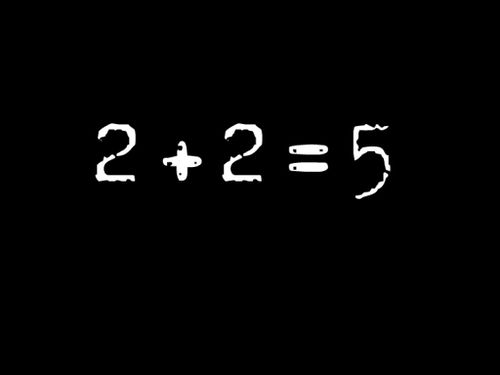 This is an article, for the disambiguation click here

“You can't handle it”

~ The Truth on not existing

~ Bill O'Reilly on the Truth

“Almonds are members of the peach family.”

~ Captain Irrelevant on the Truth

“If I told you I was a liar, would I be telling you the truth?”

~ Some Philosophical Guy fucking with your head.

Truth is a lie. It's an old conspiracy that the government has known about but never shared with the public. It nearly didn't exist, not that matters. At one point it did exist, but it is believed to now be practically extinct.

~ Abraham Lincoln, telling yet another lie

Truth was actually the name of a mental patient at a prison in the middle ages. He became disabled while jousting, his opponent named "Fib" cheated by using a longer lance. He was knocked of his horse (name "Honesty") and was sent to the hospital "Trust-Worthy". The nurses used everything from leeches to soap, yet nothing could bring him back to his original sanity. At first they thought he may have had the Black Plague, but then was diagnosed with a new-found disease named "Truth".

This caused the man to become a giant snob and forced him to be as rude as he could to anyone and everyone he met. One day a lady asked him if the dress made her look fat, he replied “Yes, somehow this miraculous dress makes you look even fatter than you originally did!” That was the birth of 'truth', named by the King himself. He was once asked by the king if he slayed the dragon he was sent out to. He replied “No, and for you to actually believe in such stupid things you shouldn’t be the one ruling our kingdom.”

That is when Truth was imprisoned. But truth spread around quickly, and before you knew it the world was actually peaceful. But after about 15 years of truth, people realized that by telling the truth, their lies were getting too obvious, and eventually it led to World War 7/22. Along with most of the world, truth died during that war.

Truth in the Media[edit]

There are very few things that are true today. Even "the News" lies, for they only make up stories that idiots actually fall for. Don't even get me started on those weather broadcasts. But when someone or something is caught being truthful it is immediately broadcasted to awe the viewers. There are also cases where people test their “truth telling” abilities.

Billy Mays
This man was a true man of his word. When he explained something he made sure you heard it loud and clear! Not only that, but his stuff did do exactly what he said it would. This man is the exact ‘’opposite’’ of Vince the slapchop guy.

The Moment of Truth
This show is hilarious. They get paid millions from all the commercials because it’s a popular show, for people to test and see how may times they can tell the truth! They get 1 million dollars for everything they say that is true. Of course, after 10 seasons, only 1 person won, and he got half a million. He was asked what his name was, and he replied with Yo Mama; his name was actually Joe Smith.

Wrestling
This stuff is incredibly real. Most are shocked that people would actually be so barbaric to sit on another face or jump on them. The thing is that most of them are actually raging homosexuals that just want to touch some other guys pecs without it being "weird".

Cake. The cake is a lie and it always has been. Recent reports have come in saying that in fact, the cake is a pie.

Truth in the Government[edit]

A world with truth would actually be a living nightmare. If people are actually admitting how ugly or stupid another person is we would all begin to hate each other. The truth would become a contagious disease spread amongst the world because all T.V ads would admit how terrible their products actually are. If those companies went out of business then T.V channels and shows would have to go off-air. So then televisions would not be there to comfort the people that just had a fight with someone, thus making them go savagely insane. In the end, the survivors will be striving to find food and water and somehow everything will be blamed on the weirdos.

As for the politicians they would all drop down from their positions, because come on let's face it, they only got to where they were from fooling the minds of the voters into thinking they would actually do good! So then there will be no enforcement and people jumping each other for food and mouthing off at the weirdos.

Of course, there is the chance that if everyone's honest, we can all communicate and trust each other in peace and the whole world works together to patch the ozone layer and stop global warming. But what are the chances of that?

From time to time people begin to argue with each other for the dumbest reason. They begin to both say things like "I'm better looking", or "I'm smarter then you". These are repeated back and forth pointlessly, because both of them are actually lying, simply because the other person is always better.

In the end one gets owned and somehow that makes him better than the other in whatever they were arguing about in some remote way. This makes one guy right, and unintentionally telling the truth. But in most cases the two are blabbering hillbillies and end up getting sucked up by a tornado in the end.

It's really hard to handle the truth, and the fact is, you can't handle it. When you find out that your puppy didn't really run away, or that your mother really did mean it when she said "YOU CAN'T SING!", it hurts inside, and that is why, truth be told, truth should not be told.

Truth should be "handled with care", although people may tend to purposely smash it around while delivering it to someone.[1]If you're about to deliver something truthfully, remember these important rules:

Tip:
If you wrap yourself in bubble wrap it's even safer!

Often when a person has wronged someone else, there is a myth that one should own up, and tell the truth. It is believed that this "guilt trip" was invented by Joseph when he was trying to find out if Mary had been cheating on him.