For the uncouth among us who choose lies, the so-called experts at Wikipedia have an article about The Starry Night.

"The Starry Night" (a.k.a. "The Starry Night..." or "The Starry Night.........") is classical rap composer Vincent van Gogh a.k.a. Gogh-Yo's debut album released on February 31, 1889. This album differs considerably from his later albums, mostly due to the presence of unnamed collaborative rap artists and unnecessary mental distress. Van Gogh described the album as "among some of the worst songs I have created, yet I adore it".

The Starry Night went on to win all two awards at the 1889 Grammy Awards, one for Best Album and the other for Best Short Form Music Video. Its influence can be seen in the works of such later composers as Beethoven and Salvador Dali.

Vincent van Gogh started production on the album after receiving a bachelor's degree at the Dutch Academy of the Arts. Although originally intended to comprise of his own vocals, Gogh decided on bolstering support for his album by featuring popular European rappers from various countries. Seeing as how he did not have enough money to buy their talents, Gogh settled on gathering local rap artists to work on his album. Local artists, however, were busy working on their own projects and so Gogh deigned to offer his close relatives spots on The Starry Night as supporting rappers. His family was dead, unfortunately, so no one knows how Gogh managed to produce his debut album except for the single "Sunflowers", which is partially attributed to Gogh's close friend and fellow composer Paul Gauguin.

Gogh spoke of the great importance that the album had in portraying true beauty, stating; "No one will ever understand the elegance of a fallen leaf under the moonlight or the awe of a snow-capped mountain looming over a peasant village until they listen to these tranquil rap numbers." In anticipation of how well the album will perform on the charts, he went on to say, "I hope to produce an album featuring all the major rap artists of Europe after this success."

On Twitter, Vincent van Gogh informed his entire group of followers that his debut album would be released the following week. Gauguin thus received his tweet and responded with a marketing proposition:

What is it that is up, Gogh, that is whack and all of that jazz, but how do you intend to get all the homies up in Norway crawling over your album?
-113 years ago by G-dog

Within three days the album garnered 150,000 likes on Facebook and became the most anticipated album of the decade. Gogh and Gauguin created and released the first single "Sunflowers" early in response to death threats demanding the album to be released tomorrow. 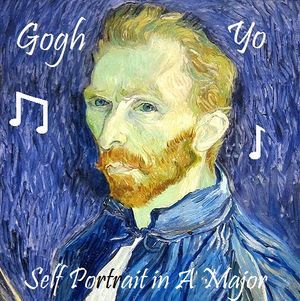 Gogh's second single Self Portrait in A Major reached number one on the UK charts.

The Starry Night peaked at number one on the Dutch Music Charts and stayed there for twelve weeks, a Dutch record. Within a week, the album and numerous singles appeared on the top lists of countries all throughout Europe, most notably in the UK where it reached number one. Three weeks later, the single Starry Night reached the top ten in China's Top Music of the Chart, establishing Vincent van Gogh's international status as a rap composer. Twenty years later, the album appeared on the US Billboard 200.

Critical reception for the album was overwhelmingly positive. At Metacritic, which assigns a normalized score from 0 to 100, the album received 96, indicating "yo, dis album dope" status. Rolling Stone writer Emily Gantry gave it four out of five stars and called it "beauty viewed from another angle, almost like having sex out the window." Arthur Ziu of Spin noted the album "takes a bold leap in the experimental region formed between classical composition and rappers high on acid, to great heights." Entertainment Weekly's Natalie Friday gave a thumbs up, stating "I have never listened to such a pristine album by an emerging classical rap composer. Gogh-Yo's dead family would be proud." Upon listening to the album, amateur music critic Vincent van Gogh is reported to have said, "Dude!" 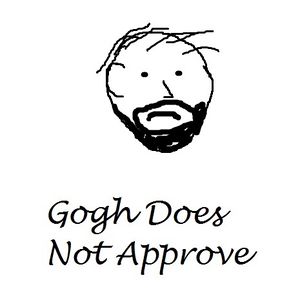 Unfortunately, critical reception for the album was overwhelmingly negative. At Metacritic, which assigns a normalized score from 0 to 100, the album received 4, indicating "crap" status. Rolling Stone writer Emily Gantry gave it one and a half out of five stars and called it "ugliness distorted in such a way as to make even the most die-hard radical modernists cringe." Arthur Ziu of Spin noted the album "plummets into the incomprehensible abyss formed by mixing banging classical instruments and rappers high on acid." Entertainment Weekly's Natalie Friday gave all of her fingers down, stating "I have never listened to such an absurdly arrogant album by a haughty classical rap composer. Gogh-Yo should die." Upon listening to the album, amateur music critic Vincent van Gogh is reported to have said, "Dude..."

On April 31, 1889, the audio to the album was used in Youtube videos as a backdrop to the African tribal wars occurring at the time. Gogh responded immediately, chastizing the use of such a beautiful and pure piece of music with the visuals of a massacre. Within days, Gogh's tantrum was put in numerous Sparta remixes and he became the butt of many top comments such as "Gogh Does Not Approve This Video." As a result, some have called him the Justin Bieber of the late 19th century.

The official track listing was revealed through the iTunes Store.