“We're definitely sure he's in The Cave...probably”

“Only smart guys hide in The Cave”

“You got your 68" Plasma TV, your 3 snooker tables, pool and jacuzzi...but this is my favourite place: the bedroom *little wink* - this is where the ladies come, if you know what I mean *another, this time more obvious, wink*”

No one knows what The Cave actually looks like, but this is a cave close to the Iraqi border - we think - that could possibly hold a known terrorist...

The Cave (established in 1962 by Adolf Hitler, and also known as El Cave, a mansion and "somewhere") is a secret hideaway for wealthy socialites whose ideas contradict that of the established authority, or bourgeoisie, or who just want some time alone from their hectic schedules. Various, un-notable (well, at this part of the article anyway) celebrities and well-known personalities have visited The Cave, and some have even chosen to stay there forever.

History, and Beginnings, of The Cave[edit]

As previously stated, The Cave was established in 1962 by the Nazi Party, who wanted to further their experiments of making people disappear - it is sometimes rumoured, incorrectly, that they somehow managed to herd millions of Jews into The Cave, and made them all go away. 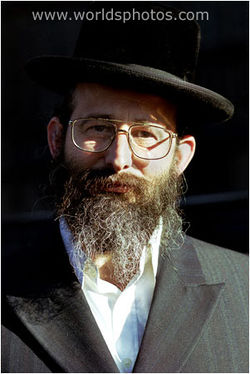 See, a happy Jew - irrefutable proof that many of his brethren did not disappear into The Cave (slogan & pictures trademarks of the New Nazi Party)

The beginnings of The Cave are much more simpler than this, however, and it is universally acknowledged that Michael Barrymore holds key rights to both the concept, and initial designs. However, in the past year, due to the misunderstandings between Mr. Barrymore, the police and a dead body (see Michael Barrymore's Guide to Pool Parties for more details), subsequent court appearances and lawsuits have severely diminished the power of The Cave in Mr. Barrymore's social events, writings and public speaking sessions - he remains a recluse after the infamous Cave-gate Scandal, which disallowed anyone with under $4,000,000 to enter The Cave, or any of its affiliates or trademarks (such as Travel Lodge).

After the rise of feminism, and the assassination of JFK, The Cave became a place where celebrities with rough public images that may be targets for assassination, or men who did not agree with women getting any sort of rights, to meet and socialise away from the public eye and the press. However, after a Supreme Court ruled that it was unsafe for so many people to go missing at one time, with such vast quantities of alcohol and "electric cables so close to the swimming pool", The Cave was ordered to either be shut down or repaired.

The Renovation of The Cave[edit]

Renovation work was tasked to a semi-alcoholic man with a penchant for rude ramblings on Facebook late at night, usually after a night "on the town". The Judge ruled him to be the "better option of a bad pairing": the other option was David Hasselhoff who, as everyone knows, is actually a full-blown alcoholic. The renovator (whose name I cannot reveal 'cos I don't want to be sued by the dodgy fucker) started work on 19th March 1974, and finally finished on the 21st March 1974, after a long and arduous 2 days without either beer or vodka. Soon after the renovator died of alcohol withdrawal, and was buried in an emotional service near Devon, with over 10 people attending (posthumously, he was awarded the coveted Big Charlie Prize for Great Work, on which an inscription read "Dear Anton Jones, you made everyone love you - your smile, your blue lips, and the suffocated look on your face when you didn't get booze. All the best - your renovating God's cave now. D. Hasselhoff". The CIA are still looking into who this "D" fellow is, but having no success with leads). 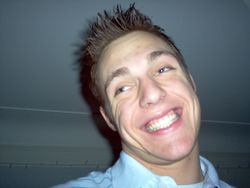 During the 2 day slog, various new safety measures and fittings were introduced that allowed The Cave to become a full-time, livable place, mostly by recluses (ironically, Michael Barrymore, who no longer owned the rights to The Cave and had to settle with stocks in a little known company named Google [which he promptly sold for £2.25], was a frequent visitor of The New Cave) and people who were slightly mental. After the Hitler years, and all the Jews' bones had been cleared from the opening, the popularity of The Cave had not been high - however, now, thanks to the great marketing tactics by Dale Winton, every man and his dog had heard about it! Here's a quick list of the changes brought on by the renovation:

New Jacuzzi - unlike the older one, this had 5 (yes, FIVE!) spray nozzles to massage the back, sack or crack of any millionaire man lonely enough to enter The Cave

Condom Drawer - yes, it was unlikely they had females in The Cave. And yes, there was condoms. You make your own mind up.

And some other things that aren't as comedically inclined.

The Future and such things[edit]

Whilst the popularity of The Cave has increased tenfold in the last 20 years, there's no denying that, due to the recession, it may take a hit in the property market, with Osama Bin Laden, the main user, being dead an' all. There are significant rumours that Hitler Jr. may use The Cave from time to time in order to rally up the New Nazi Party - and think of slogans, etc. - but these have neither been confirmed nor denied by anyone of actual sanity.