From Uncyclopedia, the content-free encyclopedia
< Templating
Jump to navigation Jump to search 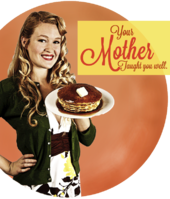 These are the five userbox templates you can earn on your way to becoming an Uncyclopedia Completionist:

{{Adoptee}} and {{AdopteeGrad}} are awarded when you sign up and graduate from the adoption process respectively.

{{User ZD}} and {{User ZD|Grad}} are awarded when you are adopted by the formatting genie and graduate, also respectively.

{{User GTN}} is awarded when you've graduated both adoption and the Academy.

{{User LD}} is awarded when you sign up for the Uncyclopedia Legal Department.

{{User GRAD}} is awarded to Alma Mater that collect rent from nooblers like you.

For enrolling in the Templating Academy:

For fixing up bad formatting and minor errors:

For writing a featured article while enrolled in the Templating Academy and Uncyclopedia Legal Department:

For cleverly disguising vanity somewhere in your mainspace edits:

For making a request that Zana Dark is too busy to fill:

For rewriting an article while enrolled in the Templating Academy:

For writing an UnNews article while enrolled in the Templating Academy and registered for Der Unwehr:

For creating at least one example for each of the four template types:

For graduating adoption and completing the Templating Academy:

For collecting all of the Purple Nurple and Sophia Awards:

For graduating adoption and being a useless gobshite:

This template is awarded at Zana Dark's discretion:

Her Majesty's Royal Flying Rat's Ass Award
This person has found a way to actually receive this medal.
They should be very proud of themselves for that.

Princess Peach's Floating Square Braces
Whoah, this template has no borders. Don't worry, Zelda's on it. In the meantime, Emerald the Emperor wanted to give you this award for fixing up all those links. Red, blue, purple, oh my!
Awarded on: October 16, 2015

For illustrating articles with MS Paint:

For cleaning up articles with standard HTML code:

Usually you only want to display the highest honour achieved for each award type.

After registering with the Order of Uncyclopedia, complete the following six honorary achievements:

This template can be awarded to yourself at any point for no reason whatsoever, but extra points are given for setting up an award page in your userspace without asking anyone how:

This template is awarded for registering with the Uncyclopedia Legal Department and writing some official sounding stuff:

This badge is awarded after completing all achievements and collecting all 30 award templates.