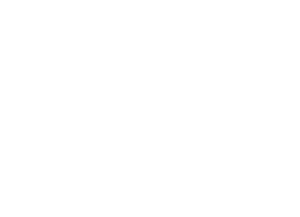 Sylvia Toth (1956-) is known primarily for having won the Miss Netherlands contest for 31 years in a row, the world's longest such streak of crassly-sexist "Miss Universe"-level beauty contest victories.

Born Sylvester Azel Thoth in Bremingen, daughter of a prominent Hungarian pianist and a French seaman, she rose to prominence quite early in life — owning her first multinational corporation, Thothcorp, at the age of 6. By age 10 she had changed her name to "Toth" for simplicity's sake, and had successfully taken over most of the world's supply of stupid fart jokes, threatening to create a restrictive vertical monopoly on this vital resource — until she inexplicably decided to sell her controlling interest in the company to Enron Corporation, who bought her entire supply of fart jokes for an "undisclosed sum" thought to be roughly 1,700 bottle caps, along with 37 pieces of used aluminum foil. 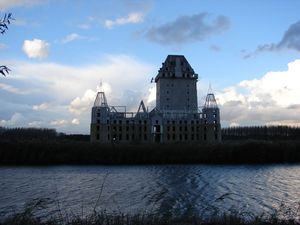 Tóth Hall is the current residence of ms Tóth

Some claim that Toth is not in fact Sylvia Toth at all, but rather one of the characters from Kung-Fu Creatures On The Rampage, Part III. However, these people are clearly insane, or at the very least, Swiss.

Toth was recently featured in Conspiracy Theorist Magazine as one of the ten most likely people in the world to be the Supreme Leader of the League of Tentacles, a shadowy cabal of wealthy and influential humans whose purpose is "to pave the way for the upcoming and inevitable ascendancy of our future squid overlords."

Controversy began brewing in 1982 after members of the Dutch Parliament accused Toth of a "conflict of interest" regarding her ownership of the Dutch Miss Universe Beauty Pageant Corporation, which had by that time become the largest business in the Netherlands and owned most of the country's air and water supply. The so-called "Toth's Doctrine," imposed one year earlier, prohibited Dutch citizens from using air and water resources for "less-than-legitimate purposes," which were defined to include "personal survival" for anyone disagreeing with "Toth's Other Doctrine," which stated that Toth was the sole authority over "all things," including which cheeses were allowed in private homes, how many haircuts a man could obtain within a single 3-month period (zero), and whether or not bare fingertips could be used as a means of removing earwax. Strict imposition of both doctrines was blamed by outside observers as a primary cause of the Great Dutch Mortality Increase of 1983, during which roughly 97 percent of the country's citizens met horrifying deaths. Toth remained nonchalant, stating categorically that her policies were justified because of her "having said so."

Nevertheless, the crticism of her policies led Toth to leave politics in 1986 in order to concentrate her attention on her newly-purchased temp agency, Incontinent Beergut Corporation, which she purchased that same year.

Toth's management of Incontinent Beergut Corporation resulted in record growth for the company, and after only 10 years it was one of the world's largest Human Exploitation Agencies, second only to the Spice Girls and the Republican Party. However, by 1996, Toth had lost interest in business management, and sold her controlling interest in the company for 120 million Dutch florins (roughly $14.75 USD). With her immense not-so-new-found wealth, Toth began to amass what is now considered to be the world's largest collection of H. P. Lovecraft memorabilia in the world, including a copy of one of his short story collections thought to be worth as much as $6 (USD). Toth soon developed a keen interest in the so-called Cthulhu mythos, as well as the seminal works of Robert W. Chambers, whom she cloned in 1998, using the same technology used to create Dolly the Cloned Sheep in Scotland only one year earlier. Tragically, Chambers' clone committed suicide only hours after his first exposure to Wikipedia, citing "personal issues" with "one of the users there."

At just over 50 years of age, Toth shows no signs of slowing down, vowing to continue competing in Miss Netherlands competitions "until they pry the sceptre and tiara out of my cold, dead nether-regions." Recently-elected Dutch governments, despite pouring billions into advanced nether-region object prying and removal technology, have so far met with little success.